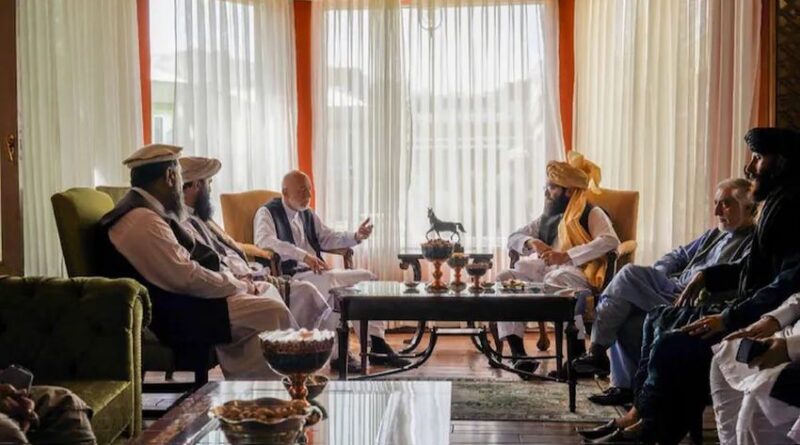 While the Biden administration grapples with the disastrous fallout at home and among US allies from the messy US military withdrawal from Afghanistan, the Taliban’s storming of the country on Aug. 14 took an unexpected turn: An old Washington friend-turned-foe, respected politician Hamid Karzai, was astonishingly found reentering center stage four days later at a meeting with a Taliban delegation to discuss forming a new government.

Hamid Karzai became president of Afghanistan in 2004, three years after American forces drove the Taliban out. He served two terms under the US aegis until 2014, becoming friends with more than one American president, after which he became a fierce critic of US policy in Afghanistan. Taliban may now reckon that this respectable politician will be internationally acceptable for leading the new government’s talks with world governments.

On this basis, while the US military struggled to sort out the chaos at the airport and get Americans and their helpers out to safety, Karzai sat down with a Taliban delegation to discuss the formation of a government. The delegation included at least two notorious Islamist terrorist groups, the Haqqani network and Lashkar e-Taiba, as potential members of the revived Taliban regime.

The Haqqani Network is an important faction of the Taliban, based on the border with Pakistan. The Pakistan-based Lashkar e-Taiba gained prominence for its 2001 attack on the Indian parliament and the 2008 string of bombings in Mumbai that left 2007 dead including 6 Israelis and two American Jews.

An opportunity has also opened up for al-Qaeda to seize a potent position of influence in Kabul, DEBKAfile’s anti-terrorist sources report. (This site was the first world publication to discover al-Qaeda’s plan to carry out the 9/11 atrocity in the US by using hijacked airliners.)

Our sources, which name Shahab al-Muhajir as the new leader of al Qaeda branches in Afghanistan and Pakistanis, stresses his close ties with Anas Haqqani, including inter-clan marriages.  While Taliban and the US discussed a peace deal, Muhajir was busy planting active cells already in many towns, including Kabul the capital.

A sign of the times this week was the arrival in Afghanistan on Tuesday, Aug. 17 from Pakistan of Abdul Ghani Baradar, a high-profile terrorist. He had been on the run since 2012 when he was assigned by Taliban with the mission to assassinate the then President Hamid Karzai. His arrival indicates how far the power game in Kabul has changed.