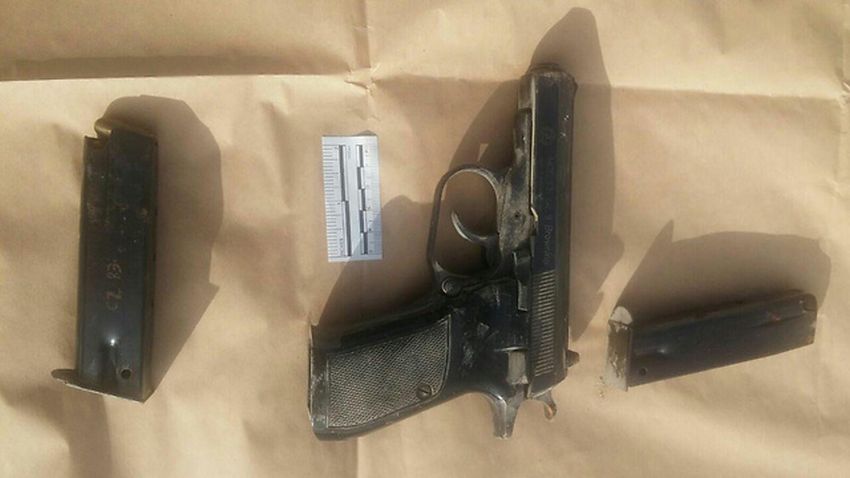 The Palestinian gunman who murdered three armed security officers and injured a fourth at Har Adar Tuesday, Sept. 26, acted with the speed and precision of a highly trained assassin, an elite unit marksman or a VIP bodyguard. He drew a rusting pistol from his clothing at the entrance to the community, and in a couple of seconds shot four security guards in the chest and stomach from a distance of 3-5 meters. They were all armed with automatic rifles. The speed of his attack was such that it was over before he needed to reload or even empty the magazine. None had time to draw their automatic weapons before they were gunned down.

It could have been a rare fluke, but it is more likely that the gunman was highly trained.
The Israel victims were on guard at the entrance to the community and screening a group of Palestinians on their way to work. Two Border Police officers, one a female, saw what was happening from a distance and shot the killer dead.  Two of the murdered guards have been identified as Border Police officer, 1st Sgt Solomon Gevaria, 20, from Beer Yaakov, and Yusuf Othman, 25, a security guard from Abu Ghosh.
The killer  turned out to be a 37-year old father of four from the Palestinian village of Beit Sureq.
The security authorities are now taxed with working out how a lone Palestinian terrorist managed to achieve a feat that should have been impossible. The presumption is that the security detail at the gate had fallen into a regular routine. They had been calmly checking Palestinian workmen employed at the community for years without a hitch. Many were familiar faces. This pattern is repeated every morning in almost very Israeli town and village.
The responses heard after the attack from high Israeli officials sounded more futile and irrelevant than ever. Internal Security Minister Gilead Erdan described it as part of a “religious war.”  Police Commissioner Rony Alsheikh declared “The terrorists have no profile.” And Housing Minister, former general Yoav Galant, advised exiling the families of terrorists to Syria.
They were empty words. If the Israeli government had been pursuing an iron-handed policy against terrorists and made their families pay the price, it could be argued that this policy was not working. But this is far from Israeli policy. In fact, the government – and even more so Israel’s armed forces, the IDF – is bent on granting the Palestinians greater economic benefits and privileges as a means of quelling terrorism.

Neither is there any real effort to compel the Palestinian Authority to stop paying out compensation to Palestinian killers’ families.
This pervasive heedlessness in the face of an abiding peril may well have affected the security officers on duty at the gates of Har Hadar and allowed them to lower their guard.

17 thoughts on “At Har Adar, a Palestinian gunman murdered 3 armed Israelis in moments”