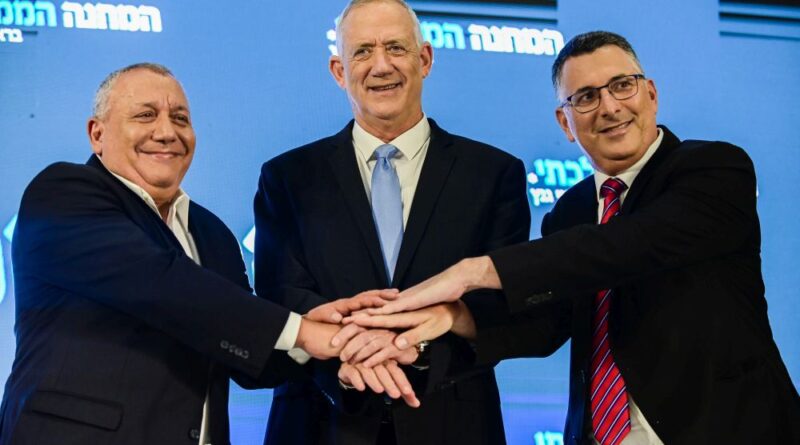 This week saw some intriguing shifts in the political scene, with two months to go for Israel’s next general election on Nov. 1:

If Gantz hoped Eisenkot’s entry would elevate his Kahol Lavan to the rank of candidate to lead the next government coalition, this did not immediately happen; the first popular response indicated by the latest poll awarded the new National Unity Party no more than an extra two seats, i.e., 12-14. That was a first response and could change in the coming weeks. His merger with Justice Minister Gideon Saar last month proved counterproductive, lowering his performance in the polls. But it is now too late to change course.

The most striking feature of the current election campaign is the meteoric rise of Itamar Ben-Dvir, a right-wing, pro-settlement activist, who though a parliamentary tyro has proved to be astute and skillful in playing on popular moods on the right of center. By running on his own ticket, he is estimated to win 10 Knesset seats, which could make him the tipping element for Likud leader Binyamin Netanyahu to form a government coalition with a 61-seat majority. By the same reckoning, his erstwhile partner Smotrich would drop to a faction of five. The two runs would therefore draw 13-15 seats, the separate parts drawing a larger crop than the whole.

Ayelet Shaked risks dropping out of the Knesset in the next election, the price she pays for her loyalty to Bennett and Likud’s closed doors. With the Smotrich-Ben-Gvir split, the rightist camp is a bit too crowded for another new faction to find room.