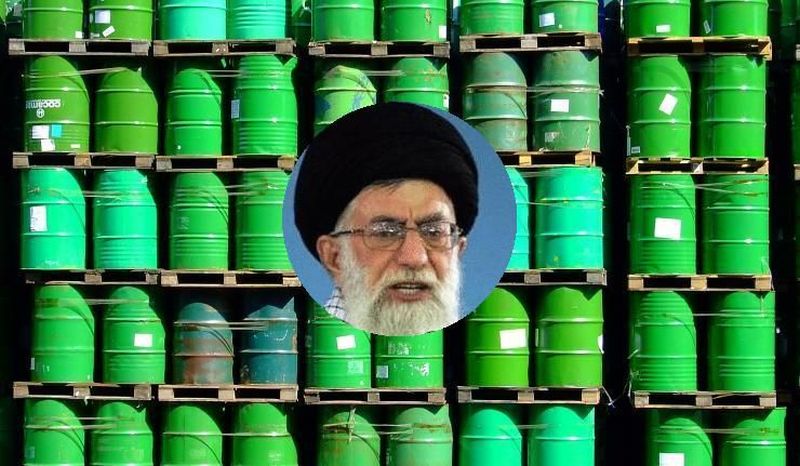 When Iranian Foreign Minister Mohammad Javad Zarif said on Tuesday, Oct. 3, “Unfortunately, a law-breaking country [the United States] seeks to punish a country [Iran] that is abiding by law…. This method will have severe consequences for the world order,” he may have had three belligerent threats in mind: One: A hit against Arabian Gulf oil exports. Two: A new Middle East war waged by Hizballah and pro-Iranian militias from Syria and Lebanon. Three: an Iranian proxy attack on US forces in Syria or Iraq. Any of those actions would have “severe consequences on the world order.”

In the last few days, US and Israel military officials have repeatedly referred to Iran’s hardline Revolutionary Guards Corps (IRGC) and Maj. Gen. Qassem Soleimani, commander of its external arm the Al Qods Brigades. Their names are mentioned in reference to possible IDF cross-border operations in broader areas than before, such as western Iraq and Lebanon as well as Syria.

(See a separate article on Pentagon objections to US-Israeli coordination.)

DEBKA Weekly’s military sources cite pointed Russian efforts to deter Israel from resuming its air strikes against Iranian targets in Syria (although Israeli officials claim they are continuing nonetheless). To this end, Moscow revved up preparations to install S-300 air defense missiles in Syria and make them operational by the end of this week. President Vladimir Putin is determined to keep US and Israeli aircraft out of Syrian air space, at least until he meets President Donald Trump in Paris on Nov. 11, on the sidelines of the WWI commemoration ceremonies.

They will be meeting less than a week after US sanctions go into effect against Iran’s oil sales. Although an ally, Putin can’t tell how the Islamic regime will react to the US embargo or its wider consequences, when he sits down with Trump. Resumed Israeli air strikes against Iran over Syria is a complication he doesn’t need.

Those consequences are also a test for the Trump administration. The drive for Iran’s main customers to go shopping elsewhere for their energy needs has not been an unmixed success. Japan and South Korea are toeing Washington’s line, but India, China and Turkey have no intention of reducing the oil purchases from Tehran. Washington’s offer of limited waivers calls for a mechanism that is too complicated to be practical. Beneficiaries would be required to slash purchases from Iran forthwith and deposit payment in escrow accounts. Those moneys would be released for strictly-defined humanitarian purposes. The idea would be to bridge the gap in oil supplies until mid-2019 when Saudi Arabia and Russia would be in position to cover the shortfall in Iranian supplies.

China is actively helping Iran pull itself out of the sanctions hole. Iranian tankers have been sailing towards the northeastern Chinese port of Dalian with more than 20 million barrels of Iranian crude for delivery early next month. The port has enough oil storage capacity to maintain stocks for eventual sale to Beijing or other buyers.

The US oil embargo against Iran is up against another test, keeping prices steady on world markets, against the joint drive by Saudi Crown Prince Mohammed bin Salman and President Vladimir Putin to hold back production in order to raise prices – or at least not let them drop below 80 to 90 dollars a barrel.

Despite the boasts of energy independence, The US still needs to import some oil for its domestic consumption. The rising output of shale oil is not sufficient or sustained enough to be a realistic alternative.

The US president is mainly relying on social unrest inside Iran to maximize the effectiveness of the reinstated sanctions. While Iran makes free of threatened reprisals for the US penalties on its oil revenues and banking, a big question hangs over whether its economy can support them.

“Prospects for 2018-19” in the International Monetary Fund’s most recent Economic Outlook confirms Iran’s sharp economic downturn. Iran’s Statistical Center calculated inflation running at 5.4 percent in September, equal to an 88 percent annual rate. The Central Bank had a higher figure – 6.1. percent, meaning an annual rate of 103 pc. The rial continues to plunge against the dollar, dropping now to 140,000, three times the rate of six months ago. Iran’s national unemployment rate of around 35 pc is high for university-educated men – one third; and worse for women – one half. Iran’s Management and Planning Organization counts 44 percent of the unemployed as having a college degree and, while 20,000 students join doctoral programs every year, only 4,000-5,000 jobs are on offer.