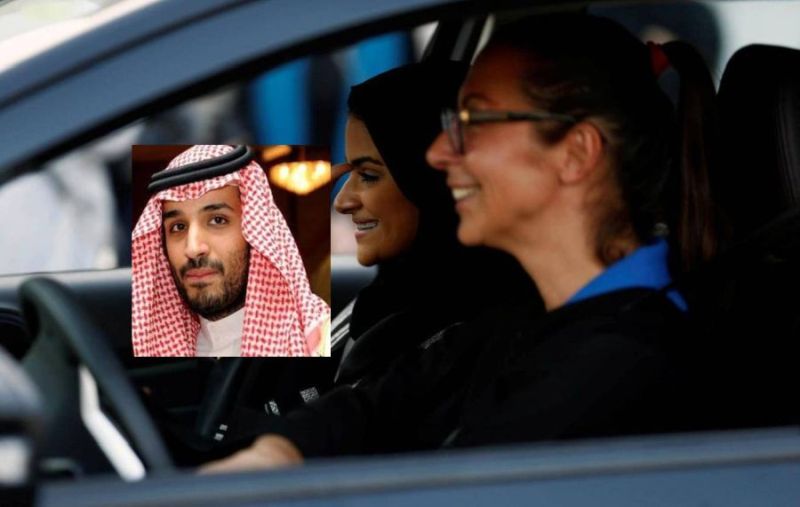 All 13 people held in a fresh round of arrests in Saudi Arabia since last weekend happen to be prominent campaigners for women’s rights against the kingdom’s male guardianship system. Many of them were women caught driving cars ahead of the lifting of the ban on June 24. The targeted arrests have raised fears that Crown Prince Muhammed Ben Salman (MbS), the kingdom’s strongman at 32, has gone back on his program for advancing women’s rights.

According to state media, a “plot” was mentioned in connection with the arrests, along with accusations of “suspicious contacts with foreign entities to support their activities, recruiting individuals in charge of sensitive government positions, and providing financial support to hostile elements outside the country.” The statement claimed that other suspects in the “plot” would be identified.

The crown prince’s relaxation of the crippling constraints on Saudi women was supposed to be an integral element of the broad reform program which he launched last year under the grand title of Vision 2030. It was touted as his personal project for changing the face of the ultra-conservative kingdom and adapting society to meeting the political, economic and technological challenges of the 21st century. Progress for women was a key motif of his three-month long tour of the United States to raise the kingdom’s image as well as investments for his vision of the future.

Now that part of his vision has been abruptly reversed.

It should be remembered that the young prince has a fondness for arresting powerful rivals in support of his policies, a practice he exercised extensively while amassing power last year.

On the eve of his American tour, US intelligence sources revealed that the youthful MbS had prevented his mother from seeing his father, King Salman, for more than two years while keeping her under virtual house arrest. Last year, when the king raised him to the position of crown prince and heir to the throne, Muhammed placed the cousin he replaced, Interior Minister Prince Muhammed bin Nayef, under house arrest, a fate shared by Prince Mutab bin Abdullah, after he was sacked as head of the National Guard. They have not been heard of since.

In November 2017, he ordered the mass detention of 400 senior princes, government officials and tycoons and kept them confined in the five-star Ritz-Carlton hotel for weeks until they coughed up the $100 bn he needed to balance the state budget. Among them was Lebanese Prime Minister Saad Hariri, who was unfortunate enough to have extensive family business interests in Saudi Arabia. To this day, no one knows for sure if all these prominent figures were released or if some were imprisoned somewhere else. Neither is there any visible reason for the crown prince’s sudden assault on women’s rights activists or how throwing them into detention serves his ends.