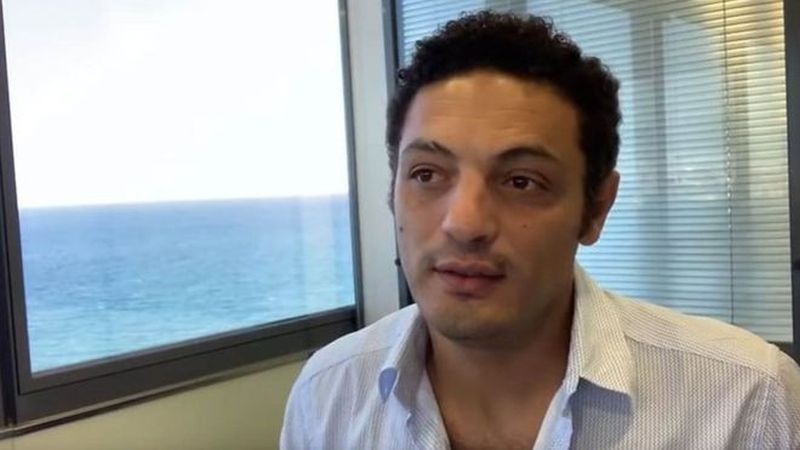 Neither President Abdel-Fatteh El-Sisi nor his intelligence agencies at first took notice of Mohammed Ali, a 45-year old Egyptian businessman living Spain, as a serious threat. After all, he had no political, religious or other affiliations and no apparent axe to grind. But in a couple of days, his videos, alleging corruption in high places amid rampant unemployment, brought hundreds of disaffected Egyptians out on the streets.

Ali, a millionaire, slipped out of Egypt six months ago and settled at an undisclosed location in Spain. His family runs a business called Amlaah, which builds large projects on contract for the Egyptian army. He claims that he fled the country on the run from high army officers, whose corrupt practices he had exposed. He also said the army owes his company millions of Egyptian pounds in unpaid debt for their work.

No one had ever heard of him until the videos began rolling in on social media, using his proven theatrical talent and common speech to whip up outrage against the president and the generals, with charges of stealing public funds to feather their nests and building grand private palaces.

The street protests beginning on Sept. 19, were timed to coincide with an international soccer match taking place in Cairo. Mohammed Ali reckoned that the security forces would go lightly on the protesters because of the game. He got that right. Therefore, although Cairo’s Tahrir Square saw its first serious anti-government demonstrations since the 2011 riots that toppled President Hosni Mubarak, the police acted with unusual restraint.

In that first round, the rallies, which spread across Egypt’s cities, called up hundreds, except in Suez, where 2,000-3,000 turnout out, but it was already clear that Ali’s charges had struck a popular chord to the point that President El-Sisis was forced to push back. He dismissed the accusations as “lies and slander” and rebuked Egyptians for watching the videos. Ali responded with a vow to overthrow him for squandering state funds to build presidential palaces and villas and bestow favors on the generals in his close circle. The absentee millionaire admitted that not all army officers are corrupt.

When government attorneys began preparing high treason charges against him for maligning the president, he intensified his campaign. In the latest videos, he demanded that Minister of Defense Mohamed Zaki arrest the president and claimed he had received messages of support from army and police officers.

By mid-week, El-Sisi, in New York for the UN General Assembly, and his security chiefs realized that this protest movement would spread fast unless it was nipped in the bud. They then ordered 1,100 detainees to be rounded up in several Egyptian cities, a step which is more likely to fuel the further spread of the protest movement than to damp it down.

Meanwhile, “The Egyptian Officers Front,” which supports the detained former Chief of Staff Gen. Samy Anan, called on the Egyptian people to take to the streets and participate in the protests calling for El-Sisi’s ouster. This confirmed Mohamed Ali’s claim that his still infant movement had gained support in the army and police.

There were also signs of confusion in Egypt’s security services – firstly, over their slowness in appreciating an unfolding threat to the president; and secondly, over their inability to answer key questions: Has someone out there decided to stage a coup against President Al-Sisi? Is Mohamed Ali, who admitted to being part of the corrupt structure, operating on his own? Are the protests spontaneous?

And although the rallies had only a limited number of participants, the protests are finding substantial psychological support from thousands of young men.