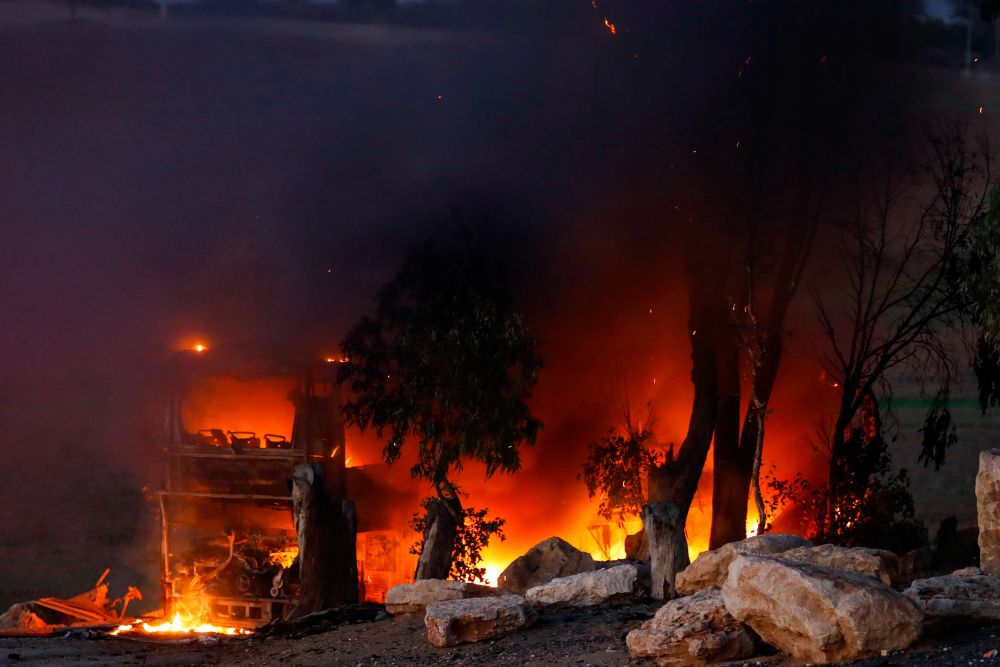 After taking several barrages of 200 rockets on Monday, Nov. 12, Israelis living less than 40km from the Gaza border were told to stay in fortified spaces until further notice as Hamas threatened to expand its rocket targets if Israeli air strikes hit large areas in the Gaza Strip in retaliation. Rocket alerts were accordingly heard Monday evening in more distant parts of southern Israel, including the Dead Sea region and Mt. Hebron.  Residents of towns up to 40km from Gaza, including Beersheba, Lachish and Kiryat Gath, were advised to stay within easy access to shelters. Beersheba and Ashkelon have opened their public shelters.
The Israeli Air Force went into in action after Palestinians rockets hit three towns and injuring 17 Israelis, most of them lightly on Monday afternoon  They started with an anti-tank missile attack on an Israeli bus, scoring the first injured Israeli casualty.  Paramedics were delayed from reaching evacuating him  by continuous rocket fire.  Doctors in Soroka Hospital are now fighting for his life. The bus was empty. As it burned,  heavy salvos of of the first 100 rockets were fired continuously from the Gaza Strip, rising to 200 by evening, many of them intercepted by Iron Domes. They were launched from all parts of Gaza, and were aimed at a broad radius, including Sderot and the Eshkol and Hof Ashkelon councils. Rocket alerts were also heard  in Beersheba, Kiryat Gat, Ofakim and Netivot into the night.   Rockets landed inside three towns, Sderot, Netivot and Ofakim.  Firefighters battled blazing property and businesses in Sderot and a four-storey building in Ashkelon, as the rockets from Gaza continued to fall on the central and western Negev. There were  17 many shock victims.

51 thoughts on “After 200 rockets, Hamas warns Israel of worse to come in event of broad Israeli reprisals”