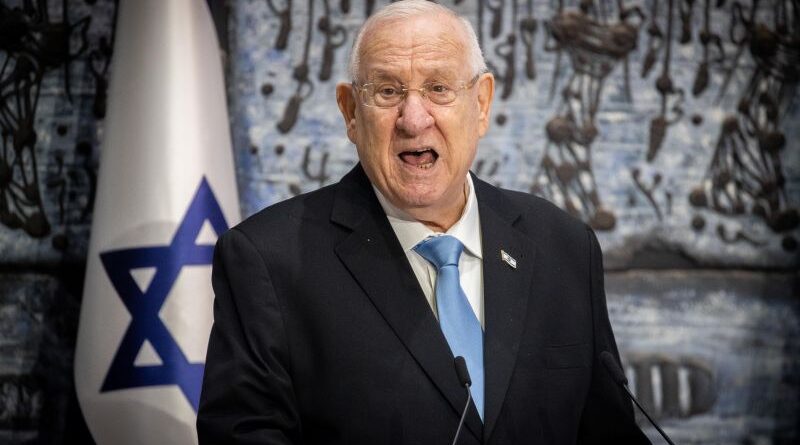 President Reuven Rivlin must next Wednesday, April 7, break Israel’s election deadlock and choose the party leader best able to form a new government after two days of consultations. Each of the leading parties must climb high walls to reach a 61-majority coalition government. Prime minister Binyamin Netanyahu’s Likud (30) plus three religious parties can count on 52. Opposition leader Yair Lapid is fighting hard to keep a mishmash of 57 wobbling anti-Netanyahu lists in place.

Both are after the same quarry: Netanyahu has appealed to two right-wing lists, Naftali Bennett’s Yamina (7) and Gideon Saar’s New Hope (6), who defected from Likud in protest over his leadership, to “come home.” Lapid is fighting to keep them. If Bennett alone crossed back, the math turnaround would boost Likud’s bloc to 59, reduce Lapid’s lineup to 52 and sink his chances of vying against Netanyahu for the first premiership mandate.

Bennett’s small party is therefore pivotal to a new government and its shape – so much so, that elements of the anti-Netanyahu camp have floated a proposition to advance Bennett as prime minister in the first round of presidential negotiations and relegate Lapid to second place in a rotating premiership. The wall to be climbed over for this scenario is topped with several lines of barbed wire. Lapid is against standing down – for one. The seven lists ranged behind him would have to be persuaded to back a right-wing candidate, for another. And Yemina’s own following are already highly resistant to sitting down with the far-left Meretz and the anti-religious Yisrael Beitenu.

The Arab lists are meanwhile juggling both camps in the air. When the Ra’am leader Mahmoud Abbas broke away from the Joint Arab List, he also broke through a historic convention against Arab participation in the government of the Jewish State, after a surprise pre-election interview with PM Netanyahu. Abbas will make his choices known in a speech to the Arab community later on Thursday, April 1, while also holding up his unprecedented feat of placing the kingmaker role in the hands of his minority community. Abbas’ associates predict he will pledge parliamentary backing to one of the two camps, rather than seeking a cabinet post, while not neglecting to submit a formidable list of benefits on demand for the Arab population.
If Yamina comes aboard, the Likud prime minister will be short of just two Knesset seats for a majority of 61 to endorse his government. The Ra’am list of a bare four Knesset lawmakers would be enough to edge his government past the winning post.

President Rivlin said that his first choice of candidate for prime minister will be based on which party leader can “earn the trust of the Knesset” and build “a government that will succeed in mending the rifts between us and rehabilitate Israeli society.” That, he said, is what Israelis want, rather than an unprecedented fifth consecutive election.

Even with less than a majority, Netanyahu may conceivably decide that a minority government under his leadership would be preferable to an unnecessary election. A highly relevant precedent worth recalling is that of the late Yitzhak Rabin who in 1993 led a government of 56, but, nevertheless, procured parliamentary endorsement for the Oslo Peace Framework Accords with the Palestinians by a majority of one. That single vote came from the Israeli Arab Hadash party, a precursor of Mansour Abbas’ Ra’am.

This process will run parallel with the resumption next week of the evidentiary stage of Prime Minister Binyamin Netanyahu’s corruption trial. As leader of Likud, the largest party produced by last month’s election, he expects to be fully engaged in tricky coalition negotiations and has asked the court to free him for a month from personal attendance. Some acrobatics will be needed to bridge the resistance of Religious Zionist leader Bezalel Shmotrich (7) to joining a government propped up by Arab support. That resistance is strongly reciprocated on the Arab side with regard to the Religious Zionist list’s No 2. Itamar Ben-Gvir, although Netanyahu does not intend to offer this far-right nationalist, first-time lawmaker a seat in government