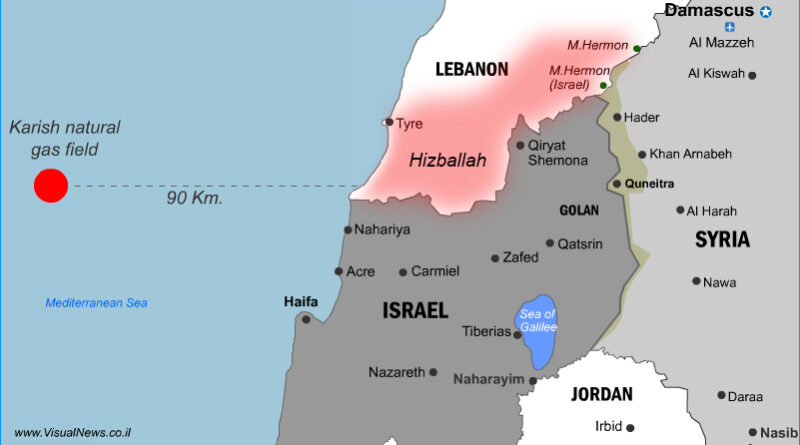 The IDF’s revelation on Wednesday, July 6, of a fourth Hizballah drone that was intercepted heading for Israel’s Karish gas rig, confirmed an assessment that the Lebanese terrorist organization was bent on starting a war, initially over this offshore gas platform. This hitherto undisclosed drone was intercepted three days before the three that were shot down on July 2 by Barak missiles. This one was downed by advance electronic warfare measures after being identified at a distance from Israel’s maritime economic zone, while still over Lebanese waters. No reason for the disclosure of this fourth drone at this time was offered by the military.

DEBKAfile’s Mid-East sources have concluded that Hassan Nasrallah, leader of Iran’s terrorist proxy Hizballah, has decided to go to war against Israel over its newest gas rig. In his words, “Lebanon’s oil and gas resources must be freed from Israeli control, just as the south was freed [in 2000] and Israel’s ‘security zone’ dismantled by force of arms.”

The drone tactic is the opening shot, say our sources, for three objectives:

The interception of the three Hizballah unarmed UAVs was presented by the Israeli military as an important feat, although the Barak missiles were highly expensive compared with the cheap drones. However, Hizballah, did not care about recovering the drones but aimed at this stage for a psychological advantage. This was meant as a declaration that a new page had been opened in its contest against Israel over the oil and gas fields of the Mediterranean.