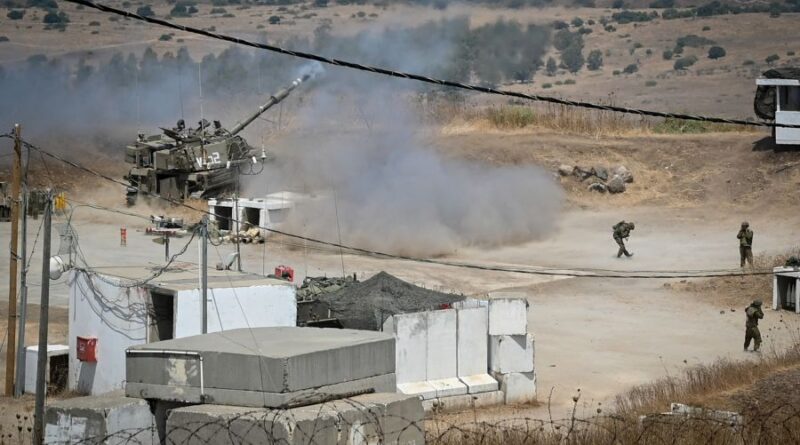 The Lebanese Shiite Hizballah joined Iran’s offensive against Israel on Friday morning, Aug. 6, by letting 19 rockets fly from Lebanon against Upper Galilee population centers and IDF posts on Mt. Hermon, drawing retaliatory IDF air strikes against “the rockets’ launch sources.” Iron Dome and Patriot defense batteries shot down 10 of the incoming rockets, 6 exploded on open ground and three landed short on the Lebanese side of the border. No damage or casualties were immediately reported.

Unusually in the shadow war ongoing between Israel and Iran, the Lebanese Hizballah formally acknowledged the rocket attack and said it was in reprisal for Israel’s air raid over Lebanon two days ago, which targeted the southern town of Marjayoun. That Israeli air force operation, the first since the 1966 Lebanon war, came after three rockets were fired from Lebanon and started a fire outside Kiryat Shemona.

The Hizballah statement read: “At 11:15 a.m., the squads, in the names of the martyrs Ali Kamal Mohsain and Mahmoud Hassan Sahan, launched scores of 122mm rockets against IDF posts in the Shabaa Farms region (of Mt. Hermon) in retaliation for Israel’s air strikes over Lebanon. Lebanese media reported that the rockets were launched from the Al Aqroub area and Israeli jets were sighted overhead.
It was the first time after many years that Iran’s Lebanese Shiite proxy had owned up to a direct military operation against Israel, thereby hiking up the tension with Iran to a new level.

DEBKAfile’s military sources say Israel ought to have seen the Hizballah attack coming since Iran is evidently on the warpath against the Jewish state and has been testing the ground.

Tehran registered Israel’s reluctance to strike back for the drone attack on the Mercer Street. Its new leaders were content with fiery rhetoric warning Tehran it would “regret its “mistake.” They eventually took their line from the US and the UK which talked about a “collective response” while putting the incident firmly behind them. Then came another test of the new government’s mettle, the triple rocket launch from Lebanon by a Palestinian faction linked to Hamas. The Israeli air raid did go into action, but only over empty ground around Marjayoun and well away from any Hizballah sites or assets.

By their overly cautious responses to these acts of aggression, which were undoubtedly orchestrated by Tehran, and deference to friends and allies, Israel’s leaders left the door open to the Hizballah initiative and, by the same token, to any further stages in Iran’s carefully planned campaign of belligerence.