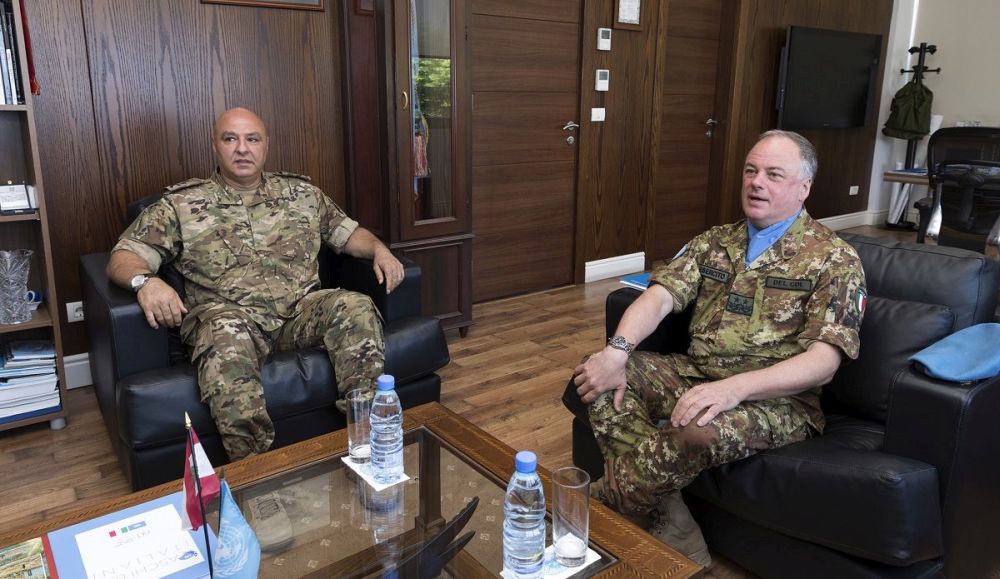 At a meeting on Friday, Dec. 7, UNIFIL’s Maj. Gen. Stefano del Col asked Lebanese Chief Gen. Joseph Aoun to allow his inspectors to enter South Lebanese villages and verify Israel’s complaint that they housed the starts of cross-border tunnels. On Thursday, the Italian general received detailed information on the Hizballah tunnels excavated in those villages from the IDF’s OC Northern Command Maj. Gen. Yoel Strick.
The international monitors are precluded from entering these villages without Lebanese army consent and escort. Neither party has released the content of the conversation between the generals and so Gen. Aoun’s reply to the UNIFIL request is not known. It is surmised in Jerusalem and IDF General Command that the Gen. Aoun promised to look into the request and then let the UN force have his answer.
Until then, the IDF is continuing to dig on the Israeli side of the border in areas marked out for Hizballah’s cross-border tunnels, despite the stormy weather, DEBKAfile’s military sources report. The operation is safeguarded by large-scale military forces. They stand opposite the Hizballah forces placed on alert on the Lebanese side of the border since Thursday, as earlier reported in this space.

Hizballah has placed its forces on combat readiness in nine regions of southern Lebanon in response to Israel’s demand that UNIFIL and the Lebanese Army dismantle a tunnel. DEBKA Weekly’s military sources report that Hizballah did not mobilize reserves but canceled leaves in all its military units and placed them at the ready for action, including the organization’s southern command at Ma’arub, whose 7,000 troops were moved north up to the Litani River.

This was Hizballah’s first response to the IDF’s Operation Northern Shield since it was launched on Tuesday, Dec. 4, for locating and disabling the cross-border tunnels which Hizballah had secretly run from Shiite villages into northern Israel.

On Thursday, OC IDF Northern Command Maj. Gen. Yoel Strick met with the UNIFIL commander, Italian Maj. Gen. Stafano Del Col, to deliver a strong protest against Hizballah’s flagrant violations of UNSC Res 1701 by digging terror tunnels under the border. He gave him an aerial photo of a tunnel running from the Lebanese village of Ramaia up to Moshav Dovev in Western Galilee. The first tunnel was uncovered by the IDF two days earlier. Gen. Strick demanded that a UNIFIL force meet up with Lebanese army personnel at the tunnel’s opening without delay and disable it. Otherwise, the IDF would perform this task.

Hizballah chiefs are watching to see whether UNIFIL takes up the Israeli challenge and waiting even more tensely to see if the Lebanese army meets Israel’s demand. UNIFIL personnel will not enter Ramaiah village without a Lebanese military escort. Hizballah is poised to stall that event.

Earlier on Thursday, Prime Minister Binyamin Netanyahu told a group of 25 ambassadors invited to the scene of the IDF’s tunnel operation, “There is a “reasonable possibility Israel will have to “operate in Lebanon” to neutralize Hizballah’s attack tunnels.