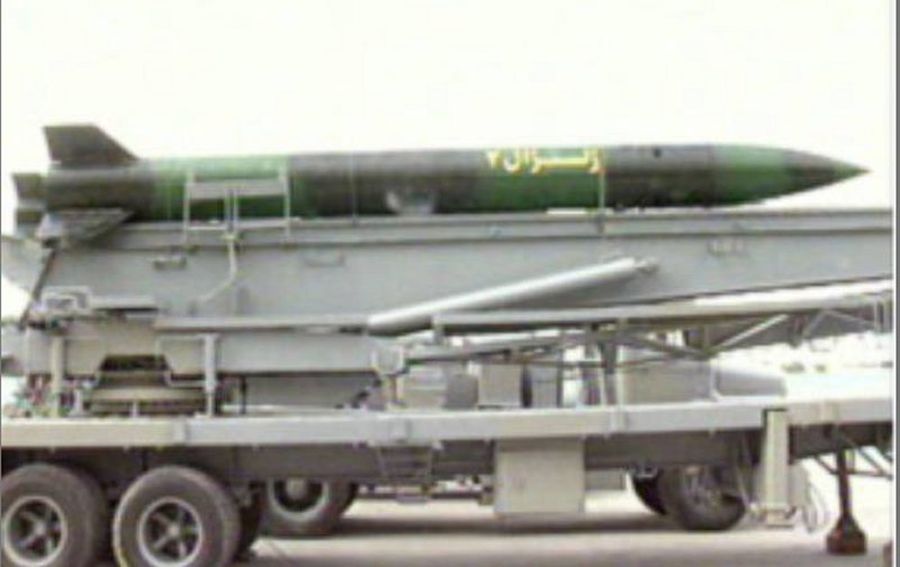 The Iranian-Hizballah crash program for converting 14,000 medium-range Zelzal 2s into precision-guided missiles is struggling. But 250 are still a threat.

On Friday, Feb. 15, Hizballah’s Al Mayadin network released a clip out of the blue depicting a four-year old incident, in which its forces on Jan. 28, 2015 shot up an IDF mounted border patrol, killing two Israeli soldiers and injuring another seven. It came, DEBKAfile’s military sources note, just hours after the IDF’s 401st Armored Brigade completed an exercise
with air force support that centered on repelling a Hizballah invasion and chasing the raiders across the order into Lebanon.

The Lebanese terrorist group found three chilling revelations in this drill and so drew on a past event for bravado. The Israeli exercise featured an elite armored unit; it used the IDF’s main battle tank, the Chariot Mark 4 (M4) Windbreaker, which has a strong missile-defense capability and is often rated as the best tank in the world; and, finally, the exercise concluded with the Israeli army pursuing the enemy across the border into Lebanon. Those features told Hizballah that the era of the former IDF chief of staff Gady Eisenkot was over and his successor Lt. Gen. Aviv Kochavi realistically contemplated sending an elite Israeli fighting unit into Lebanon and carrying the battle across the border in a future conflict.
The Israeli public knows very little about this back and forth. On Dec. 6, 2018, Binyamin Netanyahu, who doubles as prime minister and defense minister, said: “This terrorist organization had planned to be armed with thousands of [precision] rockets, but for the moment they only have a few score.” IDF Intelligence (AMAN) Maj. Gen. Tamir Hayman put it this way: “Hizballah does not have the industrial capacity for precision-guidance conversions.”
Neither answered the key questions: “Has Hizballah acquired precision-guided missiles or not? And if so, how many?

DEBKAfile offers some answers from its own and Western military and intelligence sources. Hizballah is estimated to have upgraded 90-250 medium-range missiles for high precision strikes. This is not enough for the full-scale missile war on Israel planned by Iran and Hizballah. On the assumption that Hizballah fails to launch 10 percent of this number (for other armies 4 percent is the norm), and the Israeli Air Force knocks out some of its mobile launch vehicles, “only” 50 of the estimated 250 would land within their radius and reach their targets. Even then, the fallout would be appalling, given Israel’s densely populated heartland.
Iran and Hizballah decided therefore to limit the upgrade program to the 14,000 Zelzal-2 medium range missiles contained in the Hizballah arsenal. But that too has run into major hindrances. They needed to build factories to perform the process of cutting a section out of the 16-meter long missile to make room for transplanting a GPS command and navigation gear and a control system, while also attaching small winglets to the body for changing direction after launch. This process transforms the Zelzal 2 into a virtual Fatteh110, which has a range of 300km.
These components are manufactured in factories in Iran under the supervision of the Imam Hussein University in Tehran. Every attempt is being made to smuggle them to Hizballah by air, sea or the trucks that move between Iran through Iraq and Syria to Lebanon. It is estimated that although Iran has produced 4,000 of these components, no more than 500-1,000 have got through to Hizballah’s warehouses in Lebanon; the rest destroyed by Israeli air and covert operations striking deep inside Syria and Lebanon.

Another difficulty facing the project has been the need for large halls to house the missiles and their re-assembly units.  However, as soon as some of these factories began work in Syria and Lebanon, they were razed by Israeli attacks. Others stand empty after the equipment and components are waylaid by Israel en route from Iran. That was what General Hayman was hinting at when he said Hizballah is short of the industrial capacity for converting its missiles into precision guided weapons.
Hizballah has turned to using small, scattered workshops for this process, at the expense of output and quality of the product. Cost estimates are also relevant. The conversion of a rocket is estimated to cost $10,00 apiece. The entire Zelzal upgrade project set by Hizballah would require a total of $140 million.