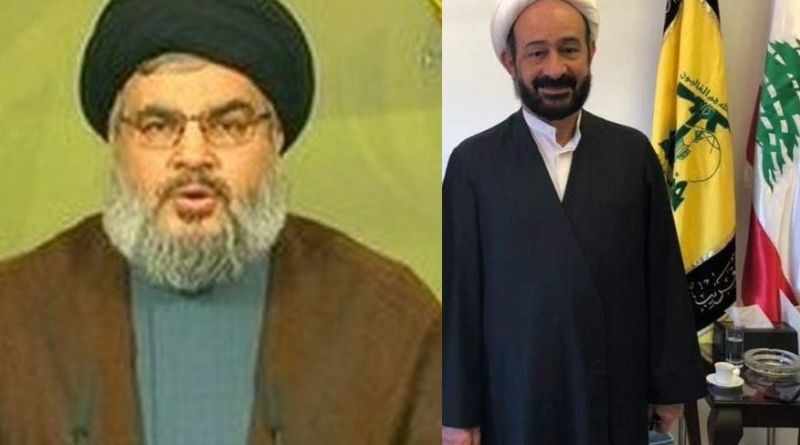 With Iraq’s Shiites stormily divided against Baghdad’s ties with Iran – before and after the US assassination of Qassem Soleimani on Jan. 3 – supreme leader Ayatollah Ali Khamenei secretly turned to a master manipulator in Beirut, Hizballah’s Hassan Nasrallah, and entrusted him with the task of mending fences in the largest Shiite community outside Iran. This step is disclosed by DEBKA Weekly’s intelligence sources, together with the process it quickly sparked.

Hussein Kawtharani is the central liaison officer between the Lebanese Shiite chief and Iraq’s pro-Iran Shiite militia leaders. But he additionally controls the Iranian-Hizballah financial fund in Iraq. In the days of Soleimani and Iraq’s PMU (Popular Mobilization Units) chief Abu Mahdi al-Muhandis – both of whom died in the US strike on Baghdad – it was Kawtharani who, in consultation with them both, doled out funds to the militias. Soleimani used the size of their allowances to keep their leaders in line.

Our sources reveal that, for the sake of restoring some order to the Shiite house in Iraq after the two disastrous deaths, Kawtharani set two processes in motion:

1. Choosing an Iraqi prime minister acceptable to Tehran and Beirut.

2. A request to the supreme leader via Nasrallah to tone down the violent threats of revenge coming from Iranian Revolutionary Guards and other officials. He explained that the heated eve of war climate was not conducive to addressing the complicated problems of Iraq’s Shiites.

Moqtada Sadr, Iraq’s most popular Shiite cleric, again changed his political spots, this time in support of Iran’s goals. On Tuesday, Jan. 14, he called for a “March of Millions” against the presence in Iraq of US troops. Sadr’s move was consistent with the vote in the Shiite-dominated Iraqi parliament calling on the Americans to leave the country in the wake of the US air strike over Baghdad that killed Iran’s Gen. Soleimani and the top Iraqi Shiite leader.

“The skies, land and sovereignty of Iraq are being violated every day by occupying forces,” the fiery cleric intoned on Twitter. He called for a “peaceful, unified demonstration” to condemn the American presence, but did not set a date for this event.

Moqtadr Sadr’s turnabout in favor of Tehran is a serious blow for President Donald Trump’s policy of maintaining a US military presence in the country. As DEBKA Weekly predicted last week, Iran is steadfastly adhering to the dead general’s masterplan (Iran is Not Standing down. Its Big Bang of Revenge Still to Come) for la war of attrition against US troops until they are driven out. Sadr’s extensive influence in the Shiite community, possession of an active militia and control of the largest party bloc in parliament – “Marching Onward” (Saeroun) – are powerful assets which are now serving Tehran. They have tilted the contest for determining the shape of government in Baghdad against America to the point that a pro-Iranian administration will be hard to prevent. The days of the US stay in the country are therefore numbered.

This outcome was not taken into account by the Washington planners of the Soleimani assassination.

According to rumors gaining substance in Baghdad in the last few days, Hizballah’s Nasrallah wangled a secret pact among the leaders of Iranian-backed Shiite movements in Iraq for a joint effort to help Tehran expel the United States – not just from their country but from the entire Middle East.

Secret meetings are said to have taken place from Jan. 9 in Beirut, Tehran and Qom. Sadr was apparently enlisted during the months he spent in Iran’s holy city -both for his personal security and to win the support of Iran’s senior ayatollahs. Those meetings saw Iraq’s Iranian-backed paramilitary groups agreeing to set their differences aside and back Hadi Al-Ameri as the new chairman of the PMU, the powerful umbrella group for those militias. That gave Nasrallah the key to his broad strategy for ironing out the groups’ differences, the task assigned him by Ayatollah Khamenei, for a united anti-US resistance movement.

This informal agreement was put in place on Jan. 9 in Beirut at a meeting attended by the most prominent pro-Iran militias, including Asaib Ahl al-Haq, Kata’ib Hezballah, Kata’ib Jund al-Imam, Kata’ib Sayyid al-Shuhada and Kata’ib al-Imam Ali.

On Tuesday, Jan. 14, the faction of the new PMU leader Al-Ameri issued a statement. He denied the “rumors” that he had secretly met in Qom with Sadr’s special military adviser Abu-Duaa Al-Isawi as “untrue.” He apparently did agree to assume the leadership of the PMU so long as it was backed by parliament (in which the Sadrist bloc is the largest faction)

However, DEBKA Weekly’s sources report that the two factions definitely aired matters relating to the American presence in Iraq as well as the shape of the next government in Baghdad.

As of Thursday, Jan. 15, the situation in Baghdad can be summarized as follows:

• No candidate has been chosen as Iraq’s premier, since Moqtada Sadr, whose voice is pivotal, refuses to commit to any candidate. He is not prepared to go further than the call for a “March of Millions.”

• Contrary to rumors, Al Ameri has not so far consented to taking the premiership in Baghdad. He is currently satisfied with his new role as supreme commander of the PMU.