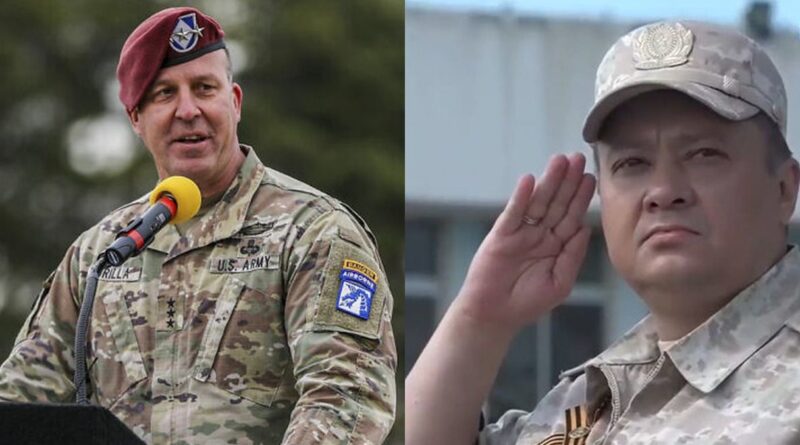 Following the posting to Syria from Ukraine of Russian Col. Gen. Aleksandr Chayko, US CENTCOM chief Gen. Michael Erik Kurilla paid a visit to the important US Al Tanf base that straddles the Syrian-Iraq-Jordan border triangle. Addressing troops at the compound, Gen Kurilla referred to the Russian officer by saying: “What we don’t know is, is he a dog off-leash trying to re-establish himself.”

The US command and the Pentagon in Washington are also becoming seriously concerned by the expanding collaboration between Russia and Iran in offensive tactics.

On June 18, two Russian Su-35 warplanes and a Su-24 bombed al Tanf, after giving the Pentagon just 35 hours of advance notice to evacuate the troops to safety. Moscow claimed that the attack targeted the Syrian Maghawir al-Thawra, a force established by the Americans to combat Islamist extremists. That group is now accused of conducting guerrilla operations against Syria-based Russian contingents.
The Biden administration decided against retaliating for the Russian attack. although it was judged to be a move by Moscow to redefine the red lines in force between the two powers in Syria.

Furthermore, US military sources note the rise in incidents whereby Russian warplanes fly in threatening proximity to American flights. These incidents appear to be synchronized with the harassment of Iranian Revolutionary Guards speedboats zooming dangerously close to US warships in the Red Sea and the Gulf.  The Pentagon has counted 59 such incidents in recent months.

CENTCOM sources attribute both the expansion of offensive Russian operations in eastern Syria and their coordination with Iran to the arrival of Russian Gen. Chayko from Ukraine and his apparent determination to prove his mettle.