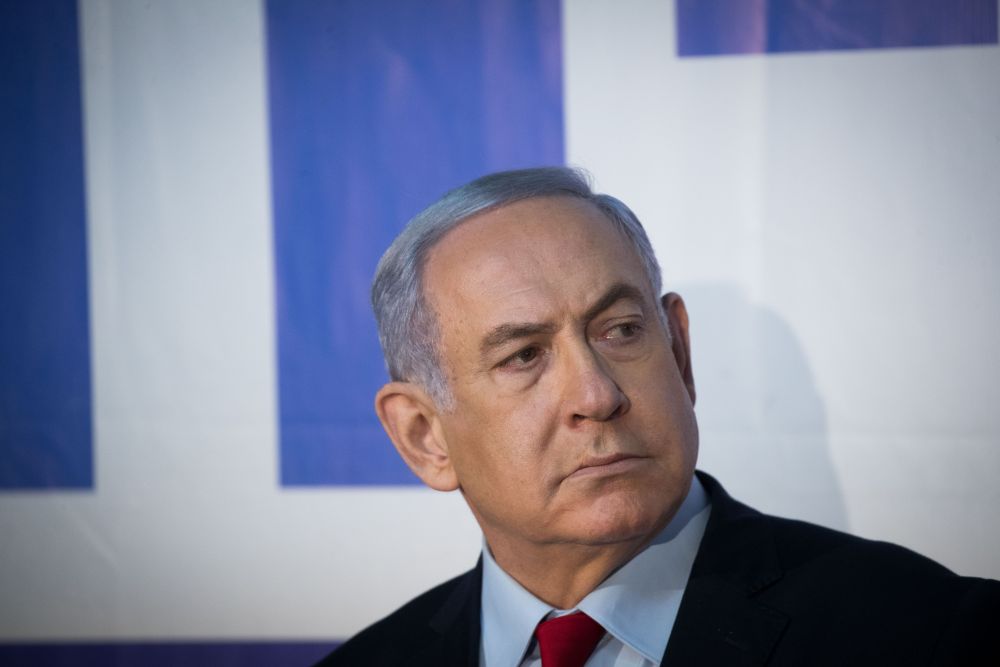 Among them were former chiefs of staff Benny Gantz and Gaby Ashkenazi. Their fellow party leader, Yair Lapid, vocally fought Netanyahu’s drive to prevent the nuclear deal from going through. Lapid maintained that the prime minister’s dramatic appeal to the US Congress, at that time, would derail the strategic relations between the US and Israel.

The “submarine affair” today is led by the same actors. It has two parts, criminal and strategic.  In the first, the prime minister was exhaustively investigated on suspicion of bribery and absolved of any financial gain or other connection with the transaction. Indictments were filed against a long line of officials and a military commander. The attorney general moreover confirmed that Netanyahu had full authority to make the decision to purchase the additional submarines from Germany.
Regarding the strategic aspect of the submarine controversy, the same individuals who countered the military option against Iran objected nine years ago to Israeli purchasing a sixth submarine from the German ThyssenKrupp shipyard, because it would have tipped the scales in favor of a military attack on Iran by arming Israel with a “second strike” capability against a potential Iranian attack.

This time, Netanyahu was not cowed by the generals. He bought the sixth submarine against their advice – for which they will never forgive him.
Today, many experts agree that not just six, but 8 or 10, of those submarines, would enhance Israel’s strategic position in the region.

Egypt’s purchase of the German submarines was also dragged into the current election campaign. Netanyahu stands accused of giving the transaction a pass, contrary to Israel’s security interests, in order to fill the pockets of members of his family and his own profit.

DEBKAfile’s military and intelligence sources lift the Egyptian sub transaction out of the election campaign and sets the record straight. If Netanyahu had hypothetically advised Berlin to refuse the sale, Cairo would have turned to Russia, China or South Korea instead, in which case Israel would have had no say in the sale or knowledge of the systems installed on the submarines. The Germans were willing to listen to, and share information with, Israel. Therefore, Netanyahu acted purely in the interests of national security by approving the German sub transaction with Egypt.

At this low point in the party’s fight against him, Netanyahu made his voice heard. Speaking to reporters from his Jerusalem residence, he was flanked by Avi Dichter, chairman of the Knesset Foreign Affairs and Security Committee and former head of the Shin Bet security service. The prime minister did not try to defend himself against the accusations, which he treats as outrageously unfounded; instead he turned his gun back on Blue-White leader Benny Gantz’s hacked smartphone. He charged his rival with continuing to run for election as a future prime minister, while exposing Israel to danger, since Iran is only waiting for the chance to use the content pulled from his cellphone for extortion. He can only save himself, said the prime minister, by coming clean to the public on the phone’s content and so neutralizing the Iranian threat.
“Benny Gantz, what are you hiding from the Israeli public?” the prime minister asked. “What do the Iranians know about you that you are hiding from us? This is not a matter of gossip but national security. So come clean!”

Dichter said: “The enemy’s breach of the cellphone of a person with pretensions to become prime minister has disastrous connotations.”

It was clear from their remarks that both know exactly what Gantz’s smartphone contains and let him know that, if he did not lay its content bare, someone else would do it for him. Although Iran denied hacking the phone in Wednesday, its leaders must be chuckling quietly over having seized center stage of the Zionist state’s election campaign.

23 thoughts on “How does Gantz’s hacked cellphone tie in with Israel’s non-strike on Iran’s nuclear sites in 2012?”