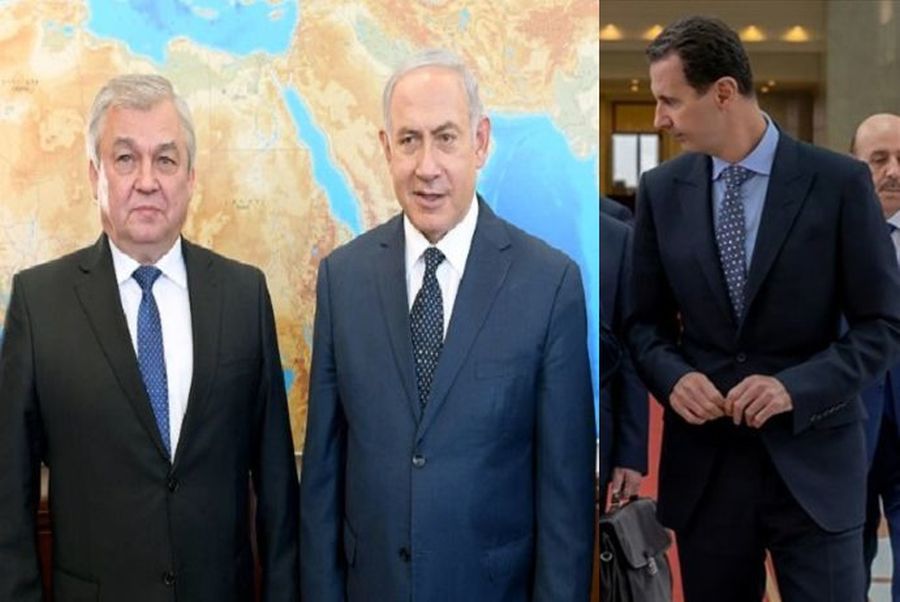 Russia’s envoy to Damascus, Alexander Lavrentiev, disclosed on Friday that Israel had decided to release some jailed Syrian citizens after the Israel MIA Zachary Baumel’s remains were recovered on April 4  “with the agreement of the Syrian government.” The diplomat did not say how many, although Israeli sources name two: Palestinian Fatah activist Hamis Ahmad from the Yarmouk refugee camp in Syria who was caught in 2025 attempting to blow up an IDF base in the southern Golan. He was tried and sentenced to imprisonment up until 2023; and Zidan Tawil, from the village of Khader opposite the Israeli Hermon slopes, who was caught smuggling drugs into Israel. He was due for release in July after serving an 11-year sentence.

Lavrentiev presented this exchange as an Israeli-Syrian deal mediated by Russia, while stressing that the recovery of the Israeli soldier after he was missing for 36 years “was an act of interest for the Syrian side.” He added: “We will not do anything that is contrary to Syria’s interests, but only things that serve them.” An Israeli official commented anonymously that the release of the two prisoners was a goodwill gesture.”

From the epic events quietly going forward in Syria at the moment, DEBKAfile’s sources gather that this incident was no more than diplomatic window dressing to show Syrian Bashar Assad as willing to make human gestures to Israel, despite Washington’s recognition of Israeli sovereignty over the Golan on March 25.

But, according to our sources, Assad was not exactly consulted by Moscow over this gesture; he is too deep in his own troubles to care about Russia’s side games. His regime is flailing under the siege imposed by the Trump administration and the economy is falling apart. Motorists in Damascus wait an average of 19 hours in line for a few liters of gas with devastating impact on the flow of essential items to the population.
Moscow is no help in alleviating Assad’s distress. The Russians are currently fully engaged in a tussle with Iran over a grab for military and economic footholds in the beleaguered country.

On this contest too, Russian ambassador Lavrentiev was enlisted to spread some false leads. One was his contention that despite America’s “provocations,” Iran is standing by its bargain to maintain its forces 75-80km away from the Israeli border. DEBKAfile\s military and intelligence sources note that the distances cited have nothing to do with Tehran’s intentions. Iranian forces are simply being ruthlessly pushed by the Russians out of one strategic foothold after another in Syria. Recently, Moscow stepped in hard to prevent Assad handing over to Iran responsibility for the maritime base in Latakia, near the Russian Khmeimim Air Base.

Russia’s drive to expel Iran from its positions of influence in Syria is not so much another act of goodwill towards Prime Minister Binyamin Netanyahu and arising from a convergence of Russian and Israeli interests at this point. Israel and the IDF are the beneficiaries of the Russian-Iranian struggle for supremacy in Syria, while able to stand aside. But there is no guarantee that Tehran won’t at some time in the future turned the tables on the Russians and stage a comeback.

13 thoughts on “How does Israel’s decision to give Assad two prisoners square with the fierce Russian-Iranian struggle over Syria?”