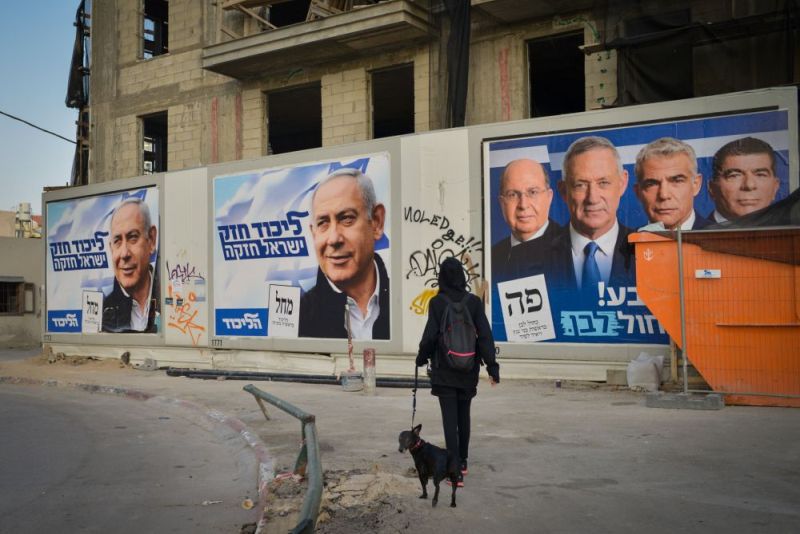 The Blue-White party was founded in February, with a strong wind at its back, three months before Israel’s April 9 election for its 21st Knesset (parliament). Its call to oust the long-serving prime minister Binyamin Netanyahu and replace him with fresh faces resonated widely and made the new party the darling of the media. Since those faces belonged to generals, the new party reckoned on being a shoo-in for election in a country, which cherishes its armed forces.

This was the shining prospect envisioned by Blue-White’s four leaders, former army chiefs Benny Gantz, Gaby Ashkenazi and Moshe Ya’alon (also a former defense minister), popular TV broadcaster turned politician Yair Lapid, and another ex-general, who egged them on from the outside, no less than Ehud Barak, who was not only a former chief of staff and defense minister, but also an ex-prime minister. Each of these military notables had once at least managed a complex military campaign and successful war; none saw why this experience could not be successfully applied to the political game of winning power.

The election’s initial outcome at the end of voting on Tuesday, April 9, was therefore all the more of a shocker. The two parties, Blue-White and Netanyahu’s Likud, ended neck and neck, but instead of being swept off his perch, the prime minister was better off than before. In the face of their fierce campaign for his removal, Netanyahu had boosted his Likud’s faction from 27 to 35 Knesset seats, was about to walk off with a right wing-cum-religious majority and held the promise of leading the most stable, long-life right-wing government in Israel’s political history.

That was the verdict of 4.2 million eligible voters out of the 6.2 million-strong electorate.

Netanyahu’s feat owed much to his political talents and even more perhaps to the blunders and misconceptions of the military figures sworn to destroy him. They assumed that a majority of the electorate was fed up with Bibi after his 13 years at the helm and would seize on a credible, attractive alternative. They also expected to capitalize on the state prosecutor’s announcement just before the election that three bribery and corruption indictments were waiting for the prime minister, subject only to the Attorney General’s hearing of the defense arguments scheduled for July. Benny Gantz and Yair Lapid eagerly seized on this as ammunition to portray Netanyahu as a corrupt leader who was unfit to serve as prime minister. “We have to get rid of him,” was the party’s battle cry.

But although many disapprove of the Netanyahu family’s life style and would welcome a new face, not all Israelis are ready to condemn him as criminally corrupt without due process in a court of law. Netanyahu’s claim that he is the victim of a witch hunt by left-wing factions in the state prosecution and judiciary, who are conspiring to purge the rightist camp’s gifted and effective prime minister, finds echoes in many Israeli circles. It has long roots in the decades going back to Israel’s pre-state history, during which right-wing politicians and other leading lights were systematically boycotted and stigmatized by the ruling leftist establishment.

Only after 30 years of statehood, was the first right-wing party finally elected to government, although Menahem Begin’s election in 1977, at the head of Herut party, precursor of the Likud, was greeted by commentators who wondered out loud if the Israeli electorate had suddenly gone mad.

To this day, parts of Israeli society are quietly riven by this antipathy. The more than a million voters who opted for Blue-White in 2019 – no mean feat for the newcomers – would have voted against Likud, even without the new party. Labor, in particular, would not have crashed so abysmally, and some of the smaller parties might have survived. But the generals’ party, which Netanyahu incorrectly branded as “the left,” revived the rooted sense of historic persecution to the benefit of Likud and the more extreme right wing and religious groupings. Blue-White was left stranded with the shrunken Labor party and the far-left Meretz – no more than 55 potential seats according to the near-final count of ballots – ten short of Netanyahu’s majority.

The prime minister, who acted out the fight of his life against dangerous odds, made good use of his other assets. He freely enlisted his ties with his good friend Donald Trump and the warm gestures extended by Vladimir Putin while hinting slyly at the “secret” relations he has developed with leading Arab rulers. Standing before the voter, he listed 10 years of unparalleled achievement: a decade without major wars; rapid economic development; Israel’s elevation to the global league of hi-tech nations; high living standards for the average Israel; unemployment down to 4.2pc; new, high-rise towns and neighborhoods; a network of autoroutes matching Western standards.

Netanyahu also used his celebrated wiles for underground divide-and-rule tactics against the generals who would be politicians and their supporters, while apparently fighting for his political life. Since Blue-White’s entire campaign focused on Netanyahu’s political demise, its failure is likely to boomerang. The cohesion of its leadership may soon crack in the face of long, unforeseen years of grinding opposition.