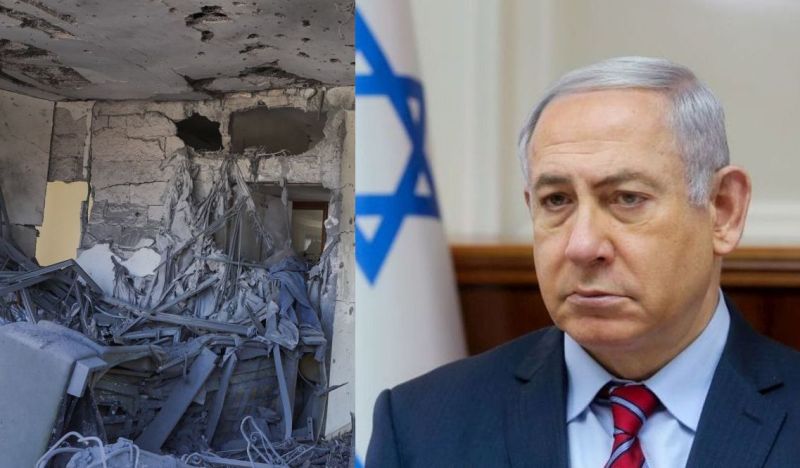 Prime Minister Binyamin Netanyahu, after a remarkable career as the longest-running Israeli prime minister with the nickname of Mr. Security, is drowning in a two-edged crisis: On Thursday, Nov. 15, he was struggling to save his government from two major upsets:

The prime minister’s reaction to these allegations was wide of the mark. He missed what was happening on the street. There was a sudden revolt up and down the country against his policy of military restraint. Even normally dovish opposition politicians joined the broad consensus, which called loudly for the IDF to finally clobber the Palestinian terrorists in Gaza, after unending years of rockets, tunnels, incendiary balloons, infiltrations and terrorist attacks plaguing nearly one million Israelis living in the south. A TV opinion poll on Wednesday showed a 74pc disapproval rate for Netanyahu’s handing of national security, when for years he was unchallenged.

Paradoxically, the government’s military restraint over the rocket offensive from Gaza – coupled with Hamas’ resonant victory celebrations – instilled in the country the sense that an outbreak of war was imminent.

Education Minister Naftali Bennett is clamoring for the defense portfolio – or else his Jewish Home party will walk out too. Bennet says his only object as defense minister would be for Israel to start winning again. “The most dangerous thing is that we have begun to think that there is no way to beat terrorism, no cure for missiles, or remedy for violence, and we can’t win. I say that we can. There is a solution.” In a side swipe at the IDF command, Bennett said: Our “systems” are frozen in their thinking and have reached the point of shunning direct contact with the enemy, which diagnose it as fear of combat.”

Israel’s military inertia on the northern front was another factor in Mr. Security’s waning credibility. After declaring for months at every international forum that Israel would eradicate Iran’s military presence from Syria, Netanyahu fell silent. Since mid-September, after a Russian spy plane crashed off the Syrian coast, Israel has halted its air strikes over Syria since Moscow started delivering S-300 air defense missiles to Syria to stop them; Iran is now able to air-freight weapons to Hizballah unhindered. (See a separate article on the S-300s and their features.) Furthermore, after years of being a welcome guest at the Kremlin, President Vladimir Putin has cut him off.

The Russian president stated pointedly on Thursday, Nov. 15, in Singapore that “he does not intend to meet with Prime Minister Benjamin Netanyahu in the near future.”

The week’s end saw Netanyahu fighting to save his coalition government, after the defection of Lieberman and his party left him with a wafer-then Knesset majority (61 out of 120). He needs to keep going for a year, up until November, 2019, when a general election is due anyway, if he hopes to start recovering from his disastrous plunge in credibility.

However, his coalition partners are unlikely to let him off the hook and any more defections would bring the government crashing down. He would be forces to dive into a snap election with his popularity down in the dumps. Treasury Minister Moshe Kahlon, leader of the Kulanu Party, and the ultra-Orthodox bloc are knocking on the prime minister’s door with a demand for an early election in the spring. It is hard to see him holding out – unless, even at this late date, Netanyahu regains control of the reins of military policy and orders an impressive operation against am enemy – whether Hamas in Gaza or the Iranians in Syria.