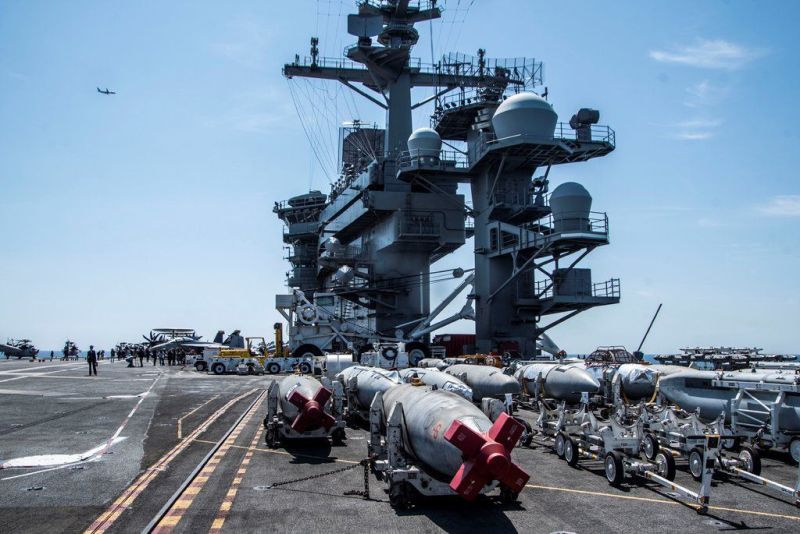 US Vice President Mike Pence said on Monday, July 8, that the US is prepared “to protect our interests and protect our personnel and our citizens in the region.” He went on to say: “Let me be clear: Iran should not confuse American restraint with a lack of American resolve.”: Pence was speaking to an evangelical Christian group which supports Israel and questions what appears to be the Trump administration’s lack of response to the recent spate of Iranian-orchestrated attacks on Gulf oil targets.

According to DEBKA Weekly’s Iranian sources, Tehran, far from being confused, is perfectly clear about the message coming from Washington. Only the regime’s reaction is the reverse of US expectations. Instead of bringing Iran to the table, it is strengthening the most hardline elements of the Revolutionary Guards Corps (IRGC) and supreme leader Ayatollah Ali Khamenei in their conviction that the current US administration is ducking any kind of military action against the Islamic Republic for fear of instantly sparking an all-out war costing hundreds of thousands of Iranian lives and a comparable number of deaths across the Middle East, including Israel. The US message is therefore interpreted as a mark of weakness.

The constant stream of threats traded between the Americans and Iranians do nothing to shift the conflict out of its impasse.

At this stage, the Iranians too are holding off from further attacks on Gulf oil and American military targets in Iraq, although the level of regional tension remains high. Iran’s nuclear escalation is being doled out in calculated, reversible stages. The warning that every 60 days, Tehran will peel another layer off its commitments under the 2015 nuclear accord, unless the Europeans came up to Tehran’s expectations of compensation for US sanctions – or unless those sanctions were eased – gives the Islamic regime a year to play with. It leaves Tehran brandishing the option of withdrawing from any of half a dozen commitments in easy stages until its demands are met.

No one in Washington, Tehran, Riyadh and Jerusalem is under any illusions about the durability of this show of mutual restraint. An unforeseen spark could at any time ignite the powder keg lurking behind it. And it may already be around the corner. This week, “intelligence noises” betokened Iranian preparations to settle accounts with the United States and its allies against well-defined targets:

• US forces in Iraq and Syria

• Attacks on Israel from Syria carried out by elements of Hizballah and its pro-Iranian ally, an Iraqi Shiite militia.

• Reprisal for the capture by British marines of the Grace 1 supertanker at Gibraltar while carrying Iranian oil to Syria. (See a separate article on the reported IRGC attempt to seize a British tanker.) Alert to Iranian preparations for attack going forward at the east Syrian border town of Abu Kamal, Binyamin Netanyahu, who is both prime minister and defense minister, issued a timely notice on Tuesday, July 9, after a well-staged tour of the of the F-35 stealth fighter squadron at its Negev base. After first conferring with Israeli Air Force chiefs, he advised [Tehran] to remember that these aircraft can reach anywhere in the Middle East, including Iran and Syria.”