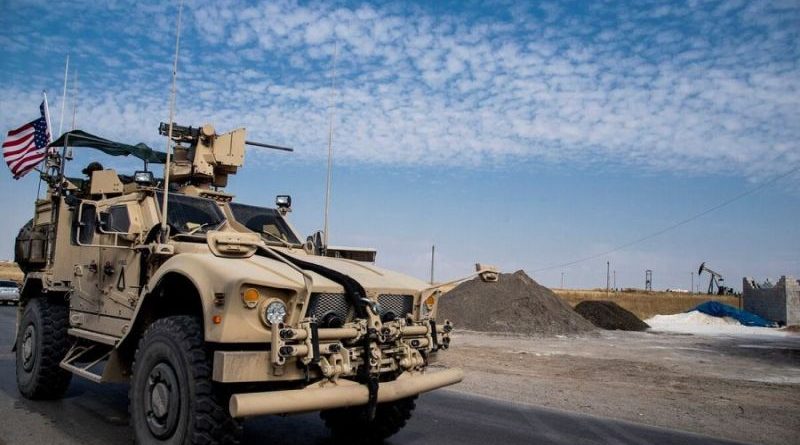 That depends on whom you ask.

Gen. Mark Milley, Chairman of the Joint US Chiefs of Staff, reckons that US troop levels in northern Syria would probably stabilize at around 500. “There will be less than 1,000 for sure. Probably in the 500ish frame, maybe six,” he said on Tuesday, Nov. 12 in an interview.

By any military math, this modest force would be totally inadequate for holding a territory the size of northeastern Syria and carrying out its assigned missions.

Speaking on the same day at the Paris Peace Forum, Russian Foreign Minister Sergey Lavrov expanded on Moscow’s perception of those missions. The United States is looking to “illegally separate territories on the eastern bank of the Euphrates and create the structure of a quasi-state,” he said. They are asking the Gulf States for major investment to establish a local administration based on the Syrian Democratic Forces (SDF), the Kurds YPG People’s Protection Units and others. Lavrov charged the US with intending “to break this piece of territory off from Syria and controlling the oil fields located there.”

The Russian minister went on to accuse the US of “prohibiting its allies from investing in Syria’s reconstruction.”

The points he made underscored the judgment that 500 troops are nowhere near the force needed to set up the ambitious quasi-state project that he outlined. Furthermore, Gen. Milley’s “around 500” figure is also incompatible with the facts brought to light by DEBKA Weekly 869 in last week’s issue (US Spreads Military Wings in East Syria Adds New Air Bases).

According to our sources, the US military deployment in the region continues to swell with the further intake of US soldiers, They were seen last week taking up additional positions in Qamishli, Jazira, Deir ez-Zour, Shaddadi, Derik and Hasake, where they are hooking up with SDF and YPG units.

Pentagon spokesman Jonathan Hoffman said last Thursday, Nov.7, that the US mission is focused on preventing ISIS from grabbing the Syrian oil fields and enabling the SDF to control a source of revenue for continuing to fight the jihadists. This revenue is not going to the US, he said.

In practice, the updated US military mission in Syria is there to impede the Assad regime’s efforts to regain the eastern region and block Iran’s drive for a land corridor through Iraq, Syria and Lebanon. Tehran’s ability to transport advanced weaponry all the way to Israel’s doorstep has long been a major US concern.

However, the missions so far outlined for the augmented US military force in Syria are not as immediate as Lavrov suggests, but long term, DEBKA Weekly’s military sources stress. The 1,500 American troops currently deployed there, say those sources, are engaged in two tasks:

1. Putting a stop to the Islamic State’s efforts to regroup in eastern Syria from its last stronghold in the Yarmouk basin wester of Daraa, for attacks on the US military buildup in Deir Ez-Zour. The Russians and Syrians failed last August in a concerted effort to break up this terrorist network, after it went underground. It has since formed cells which are on their way to attack the US deployment.

2. Getting to grips with the shifting gangs of oil robbers and smugglers, whose numbers and alliances constantly fluctuate. On Nov. 8, US forces made their way into Al-Jafra oil fields in the Khasham subdistrict of Deir ez-Zour Governorate. They ordered a stop to marketing among local traders and warned them against smuggling crude to Syrian government authorities.

3. The next day, clashes with casualties erupted in the town of Shihiel in the Basira subdistrict between local oil smugglers and the SDF, following a delay in payments from the Syrian-affiliated Qaterji Company. US troops intervened to stop the fighting. The SDF then confiscated a number of engines powering the ferries used to smuggle oil across the River Euphrates to government-held areas. Between Nov. 9 and Nov. 11, US aerial patrols monitored movements in Shiheil as well as the Al Jfra oil fields. The reinforced American presence in these parts of the Deir ez-Zour region is intended to hamper the smuggling of oil to government-held destinations. These incidents more realistically represent the situation confronting US troops in northeastern Syria than the casual remarks of US Gen. Mark Milley.