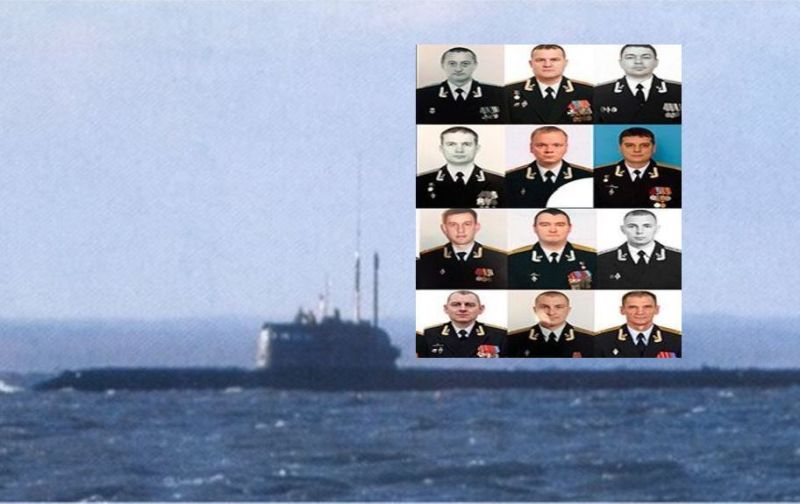 It took President Vladimir Putin four days and charges of a cover-up to disclose for the first time on Thursday, July 4, that a top-secret Russian military submarine was hit by a fatal fire on Monday. The vessel was also confirmed to have been nuclear-powered only when Putin asked Defense Minister Sergei Shoigu to assure him that its nuclear reactor had been contained. Shoigu replied that the reactor was completed isolated and unmanned and remained in complete working order. The fire had erupted in the submarine’s battery compartment, the minister said.

However, the whys and the wherefores of the fatal fire aboard the AS-12 deep-diving submarine may never be complete revealed. It was only a day later, on Tuesday, July 2, that the Russian military reported that 14 crew members had died in a fire on a “deep-sea military vessel.”

The Russian military accounts thereafter shifted from hour to hour, prompting an outcry and suspicion that the authorities were hiding the truth. At one point, all the crew were said to have perished instantly; later, a note was found by a crew member who survived long to enough to write that 23 sailors were trapped in the burning sub. Another Russian report said the 14 sailors had died of smoke inhalation from the fire which occurred in Russian waters. It was never clear if the sub was submerged at the time of the fire or even if there were survivors.

The accounts from Moscow held back confirming that the ship was powered by a nuclear reactor, raising fears of radiation leaks, although on Tuesday night, the Norwegian Radiation and Nuclear Safety Authority reported measuring no unusual radiation levels. Asked on Wednesday if the vessel had a nuclear reactor on board, Kremlin spokesman Dmitry Peskov referred the question to the defense ministry. He told reporters in a conference call that details of the submarine were classified.

The AS-12’s mission was so highly classified that it was referred to by officials only by the nickname of “Losharik” ever since its launch in 2003 as one of the most secret submarines in the Russian fleet. DEBKA Weekly’s sources found the sobriquet’s double connotation. In the 70s, Russian TV ran an animation series built around a horse called Losharik made of small balls. The stricken submarine was made of interlinked titanium balls. In addition, the most hush-hush department of the Russian Defense Ministry is also referred to by the few insiders in the know as “Losharik.”

It appears to have been based at Severomorsk, the same Arctic port on the Murmanks Fjord, which opens to the Barents Sea, where the Kursk nuclear submarine sank in 2000, killing 116 sailors leaving a searing scar on the Russian Navy. Then too Putin at the outset of his rule was held to account.

Otherwise, the conflicting versions of the AS-12 disaster spilling out left unanswered questions: Where was the secret sub at the time of the fire? And what caused it? One source surmised that the vessel was struck by an external object and its self-destruct mechanism reacted – either automatically or on a remote order from an escorting vessel. One premise is that the vessel was engaged in testing a secret new underwater weapon, which misfired; another, that the submarine, while on covert surveillance of a secret American underwater object, came to too close to its target and caught fire from an explosion or a hostile attack.

The Russian authorities were not unable to stem the speculation by old Navy hands rife in the social media:

One such expert identified the stricken sub as an AS-12; another as an AS-31 of a similiter design. The AS-12 is known to be a deep-diving, special missions ship operated by the Russian Navy’s Main Directorate Deep Sea Research. With a crew of up to 25, the AS-12 can dive as deep as 6,100 meters, below the level of normal Russian attack or ballistic-missiles submarines. It is designed to be carried, or ferried, under the belly of a larger sub and so screened on its classified missions from sonar and other surveillance measures.

At least one Russian naval expert said the ship which most often ferries the AS-12 is the BS-136 Orenburg, a modified Delta III ballistic-missile submarine.

Some US intelligence sources worry that the Russians have developed new ways to clandestinely tap – or even cut – fiber-optic cables carrying transatlantic Internet traffic undersea. There are also concerns that Moscow is using new devices against the undersea acoustic array networks laid down by the US and NATO years ago to track submarine traffic, or even classified naval cables.

DEBKA Weekly’s military sources also link the incident to the start on that same fateful Monday of NATO’s annual Dynamic Mongoose exercise in the Norwegian Sea west of Andaya which lasts until July 14.Taking part are six frigates, 10 aircraft and several submarines from the US, Canada, France, Germany, the UK, Poland, Spain and Turkey plus the Norwegian host. Among them are NATO’s Standing Maritime Group One, which sailed north after completing its annual Baltic Operations exercise. It consists of the US flagship guided-missile USS Gravely destroyer and two frigates, the British HMS Westminster and the Turkish TCG Gokova.

Our sources suggest that the Russian submarine may have been tracking the Dynamic Mongoose exercise when it drew too close to the one of the NATO vessels and then, sensing a strange, unreported presence in dangerous proximity, the ship’s captain decided or was ordered to take counteraction. This would have accounted for the fire and rumors in Washington of a hostile exchange between an American and a Russian submarine. The same mystery surrounds the urgent consultations conducted without explanation in Washington and Moscow by top American and Russian leaders on that same Tuesday.

Why were Vice President Mike Pence and Secretary of State Mike Pompeo recalled suddenly to the White House for an emergency meeting with security and military chiefs to discuss an unspecified occurrence? And why did President Putin, at the same moment, cancel a planned visit to the provincial city of Tver to stay in the Kremlin? He was later shown on local TV directing Defense Minister Shoigu to fly to Severomorsk to oversee what the Kremlin defined as “the Russian military response.” Response to what? No one is saying.

The mystery is further deepened by a postscript offered on Thursday, July 4, by Norwegian fishermen who were trawling illegally late Monday in a small boat off the coast of the Kola Peninsula. One claimed that at half past nine in the evening, he was amazed to see a submarine suddenly and completely surfacing with people running around apparently in a panic. Hiding in a nearby bay, they saw a Russian navy vessel and two tugs escorting the submarine away from the area. Significantly, they saw no sign of smoke, indicating either that the story of the fire was false or that the submarine the Norwegian fishermen saw was not the Losharik. A Russian Navy source later said that what the fishermen saw as most likely the Podmoskovie, the mother vessel of the Losharik.