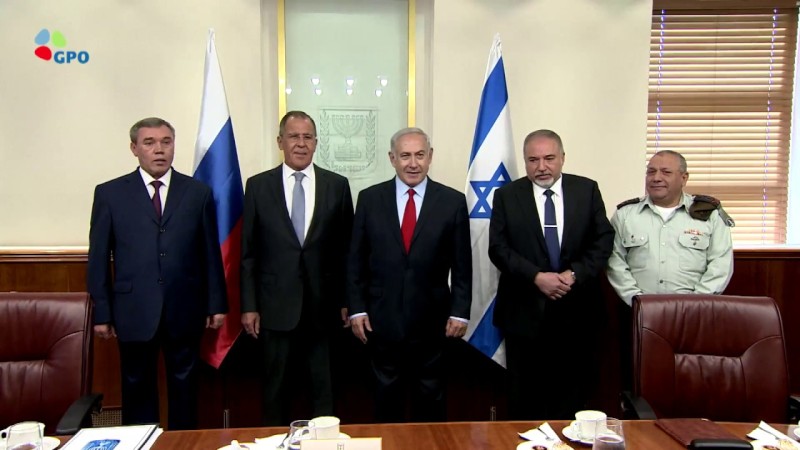 The rift between Moscow and Jerusalem reached a tipping-point on Monday, July 23, when Russia’s Foreign Minister Sergei Lavrov and Chief of Staff Gen. Valery Gerasimov left Jerusalem without selling Moscow’s compromise offer on the Syrian-Iranian issue. Prime Minister Binyamin Netanyahu, Defense Minister Avigdor Lieberman and IDF Chief of Staff Lt. Gen. Gady Eisenkot rejected out of hand a Russian proposal to keep Iran and its proxies at a distance of 100km from the Israeli border and slapped down a row of tough demands instead.

The fruitless encounter derailed the effort made by Presidents Donald Trump and Vladimir Putin to use their Helsinki face-to-face on July 16 for resetting US-Russian relations. An understanding on the Syrian question was to have been the fulcrum for a better relationship. It centered on the US troop withdrawal from Syria’s eastern borderland with Iraq, and Putin’s guarantee to confine Iran and satellites, the Shiite militias and Hizballah, in bilaterally predetermined sections of the southeast. Russian military police, consisting mostly of Chechen commandos, would control those areas and make sure they were located at least 100km from the Israeli and Jordanian borders.

Trump emphatically made this bilateral arrangement contingent on its acceptance by Netanyahu and Jordan’s King Abdullah. In the event, Jordan came to terms both with the Russians and in secret diplomacy with the Assad regime. Jerusalem and Moscow never saw eye to eye – even after two rendezvous between Netanyahu and Putin and countless phone conversations. The prime minister set six conditions for his acceptance, all of which the Russian president called unrealistic.

Putin tried to convince Netanyahu that neither Russia nor anyone else in the Middle East or in Syria had the power to force his demands through, unless they were willing to to conquer all of Syria. His effort was in vain. Their differences are not technical; they turn on matters of principle and are therefore not susceptible to diplomatic haggling or compromise. Until that moment, Putin still judged Russian-US cooperation in Syria to be viable as the key for opening a door through which the US would go back to the table for a nuclear deal with Iran, modeled on the denuclearization accord Trump struck with Kim Jong-un. But Netanyahu saw Iran’s total expulsion from Syria as the first step of a broad Middle East anti-Iran campaign in partnership with the US, Saudi Arabia and the United Arab Emirates.

The Russian president had hoped that by sending his top guns to Jerusalem, he would bend Israel’s leaders to a measure of flexibility, salvage his Helsinki understandings with Trump and lay a pathway to better working relations between the Kremlin and the White House. None of this came to be. When Netanyahu spurned the Russian proposal outright, Putin reversed course and headed out in a new direction, burying Helsinki in his wake. (see a separate article on this.)

The prime minister came out of this episode the loser, in the view of DEBKA Weekly’s analysts. His political clout at home and standing as a respected world leader hinges to a large extent on the open doors he won in both the White House and the Kremlin, having cultivated exceptionally warm ties with President Trump, while maintaining a useful strategic dialogue with President Putin, a rare juggling act on the world stage. But their parting of ways over Iran may also have a negative effect on Jerusalem’s ties with Trump at a time that his presidency is under siege.

Netanyahu’s hawkish reputation has furthermore taken a hit from his vacillations on two dangerous fronts, Gaza and the north. Putin may decide to use this weakness to pull the strings for staging flareups on Israel’s northern borders. By giving the Iranians and their proxies free rein to pursue their military buildup in Syria, Putin looks like turning around from being Israel’s part-time friend to its full-time adversary.