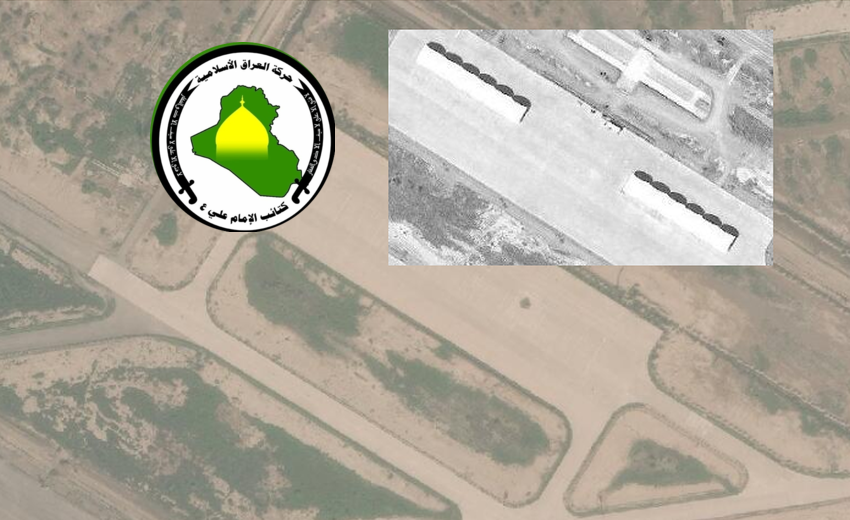 Exclusive: The Shaykh Mazhar Air Base 48km southwest of Baghdad is under intensive renovation by Iran’s Revolutionary Guards (IRGC) as their primary base for missile and armed drone attacks on Israel, DEBKAfile’s exclusive military and intelligence sources reveal. The base is 1,200km from northern and central Israel as the crow (or a missile) flies. Iranian Air Force fighter jets are to be brought in to provide Baghdad with air cover against Israel air strikes, such as those recently staged against Iran’s Iraqi arm, the Popular Mobilization Forces (PMU), the umbrella of Iraq’s Shiite militias.
Our military sources report that during September, one of those militias, the Imam Ali Battalions, took control of the air base, known also as Suwayrah, for intensive construction work, placing its entire area off-limits to Iraqi military personnel. The conversion is providing fortified hangars alongside the runways to protect planes, drones and ballistic missiles from Israeli air strikes. Tehran has also installed at the air base Bavar-373 air defense missiles, the Iranian version of the Russian S-300s.

The PMU has a fighting strength of some 160,000 men, whose superior weaponry is more advanced than the Iraqi army’s equipment.
Iraq’s prime minister Adel Abdul-Mahdi’s tacit consent to the construction of Iran’s main base of attack against Israel near Baghdad is consistent with his policy of rapprochement with Tehran. On Monday, on his instructions, the Al Qaim border crossing to Syria was reopened for the first time in eight years of warfare, offering Iran free passage for its convoys of missiles and other weapons systems via Iraq to Syria and Lebanon in the guise of commercial freights.

This new Iranian air base in Iraq, which brings its deadly weaponry closer to Israel, and Tehran’s deepening military foothold in that country presents Israel and its military with tough decisions on how far it can afford to expand its attacks on Iranian targets in Iraq. The Israeli air force has so far confined itself to striking imported Iranian ballistic missiles and the Iraqi Shiite militias serving Tehran as active proxies. However, attacking a large Iranian air base under construction deep inside Iraq would start a whole new ball game. This decision is up to Israel’s top policy makers and strategists. But the highest government levels are unfortunately preoccupied at present with the task of forming a new government or, alternatively, getting set for their third election campaign in a year, instead of dealing full time with the expanding peril advancing ever closer from Tehran.