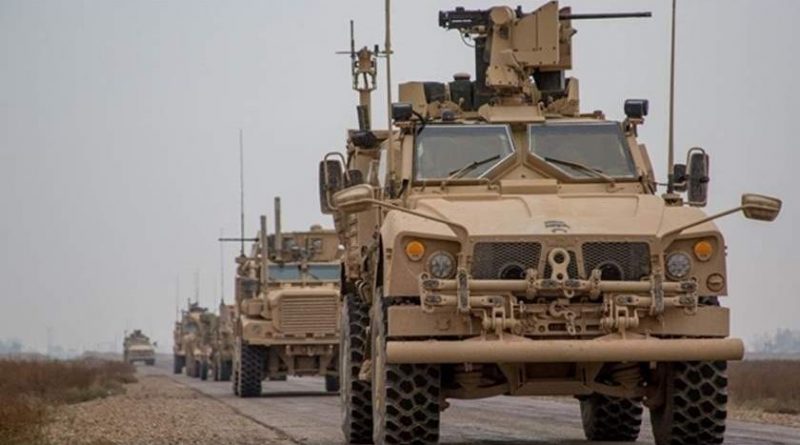 Hundreds of US troops landed at the US Al-Assad airbase in western Iraq on Monday, Dec. 16 after an American threat of reprisal against pro-Iranian Iraqi Shiite militias for their rocket attacks on US bases in that country. That threat sparked an Iraqi militia exit from Iranian Al Qods bases and command centers in Iraq and Syria – among them, DEBKAfile’s military sources report, the big Iranian military complex near the Syrian-Iraqi border town of Abu Kamal.

The Iraqi militiamen crossed into Iraq and scattered in the desert and dry river areas of the western Iraqi province of Anbar. The new American military personnel were transferred by nearly 500 military vehicles from Jordan to the Al Assad air base, which is the largest US military installation in the region. It has come under repeated rocket attack and shelling.

The American threat of reprisal was greeted by those militias with a promise of more attacks. US Secretary of State Mike Pompeo and Defense Secretary Mark Esper held conversations with Iraq’s caretaker prime minister Adel Abdul Mahdi in the last few days. They warned him that US patience was running out after constant rocket harassment by the local pro-Iranian militias. Since early November, American military and civilian locations, including also the US embassy compound in Baghdad, have taken at least 10 strikes by rockets, mortar shells or Katyusha fire. Esper stressed when he talked to the Iraqi prime minister on Dec. 16, that the US has the right to self-defense.

After their conversation, which was described as “tough,” Adel Mahdi called on all parties to exercise restraint and warned the US against taking action. The statement issued in Baghdad said: “Unilateral decisions will trigger negative reactions that will make it more difficult to control the situation and will threaten Iraq’s security, sovereignty and independence.”
This was taken is indicating that the Iraqi prime minister had received information that the pro-Iranian Shiite militias were ready to take American punishment but had also completed their preparations to retaliate with more attacks on American bases in Iraq. Those bases house some 5,000 US troops and also serve as the logistic infrastructure for American forces operating in Syria.