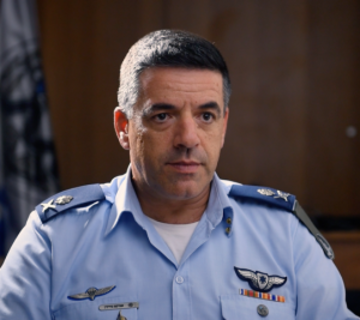 Israel’s air force chief Maj. Gen. Amikam Norkin said on Wednesday, Dec. 30, that while the planned sale of US F-35 stealth fighters to the UAE may be of concern as affecting Israel’s military edge in the region. it is also good for regional security. “We’re not far from seeing joint exercises with Gulf air forces,” he said looking forward to the new year. This is a tremendous opportunity, he said, emanating from the normalization pact. The general recalled that a year ago, “We flew in an exercise in Greece with the Emirati air force. This [cooperation] strengthens regional stability,” he said.

Speaking at an event in the Weizmann Institute of Science on Wednesday, Dec.30, Norkin hailed the joint undertaking signed between Defense Minister Benny Gantz and former US Secretary of Defense Mark Esper guaranteeing Israel’s qualitative military advantage in the region.

Turning to the current threats, Gen. Norkin emphasized the IDF’s commitment to preventing Iran’s efforts to establish a foothold north of Israel. “We won’t stand for Iran’s military resources on our border or the presence of its precise missiles in Lebanon.”

According to year-end statistics published by the IDF on Thursday, 50 targets were attacked in Syria in the course of 2020. The overriding majority were by the air force and were directed against Iran’s armed presence, weapons supplies to its proxies and stores, command centers set up by its Revolutionary Guards and Syrian army support facilities.

The last of those attacks took place amid rising tensions with Iran on Wednesday, Dec. 30, against Zabadani, a town in western Syria near the Lebanese border, which Hizballah has commandeered as a partly dug-in permanent military base. It also holds hidden stocks of Iranian-supplied missiles and other weapons.

Overhead, US B-52 bombers flew over Israel and the Gulf for the second time this month in a show of force, in view of “fairly substantive threats” from Iran to attack US or allied targets in the region, whether from Iraq or elsewhere. In another warning-off signal to Iran, two submarines, one American and the other said to be Israeli, moved into Gulf waters last week.

On Monday, Iran countered with its own warning to Israel not to cross its “red lines” in the Gulf in the final days of Donald Trump’s presidency.