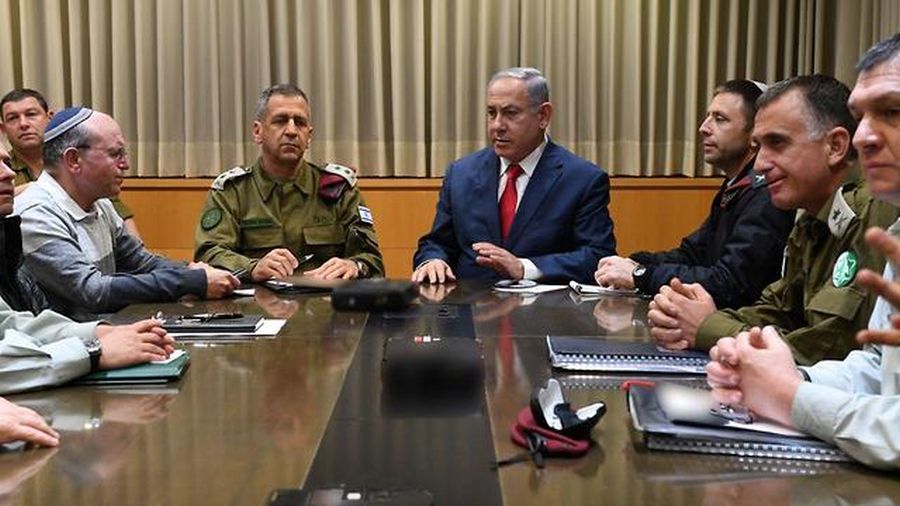 The Palestinian Hamas, Islamic Jihad and Popular Resistance Committees issued a formal statement disowning the rocket attack on the Tel Aviv area on Thursday night, March 14. However, it was obvious that only two organizations possess missiles with the range for reaching the Tel Aviv region from the Gaza Strip, Hamas and Islamic Jihad. There was therefore no point in pushing the blame onto “rogue elements.”
Palestinian sources reported Israeli aircraft overnight Thursday pounded six Gaza targets – all belonging to Hamas – after determining the identity of the terrorist group which launched two rockets against central Israel a few hours earlier. Six locations were hit, according to Palestinian sources, including Hamas’ naval installations near Khan Younes in the south, another position southwest of Gaza City, and bases in the north, from which the rockets were aimed at central Israel. Red alerts in locations adjacent to the Gaza Strip then signaled five new rocket launches.

The high-level emergency security meeting that came later decided that Israel would pull its punches for now. An unnamed official said only: “Decisions were taken” without elaborating.

The most conspicuous element of Israel’s reprisal was that it targeted Hamas alone and ignored the Islamic Jihad, the Palestinian organization closest to Iran and Hizballah. This looked to DEBKAfile’s sources like an attempt to limit the boundaries of the clash to the Gaza Strip alone, rather than letting it ignite other fronts. By Friday morning, both sides appeared to be testing the ground to discover the opposition’s intentions and control the situation before it spins out of control. Therefore, it seems unlikely that the IDF will at this time go for a large-scale ground operation against Palestinian terrorists in the Gaza Strip. Action will be left for now to the air force and possibly the navy. To launch a major ground offensive, the IDF would need at least two-to-three days to call up reserves, transfer troops and get them organized for going in. This may start happening on Friday.