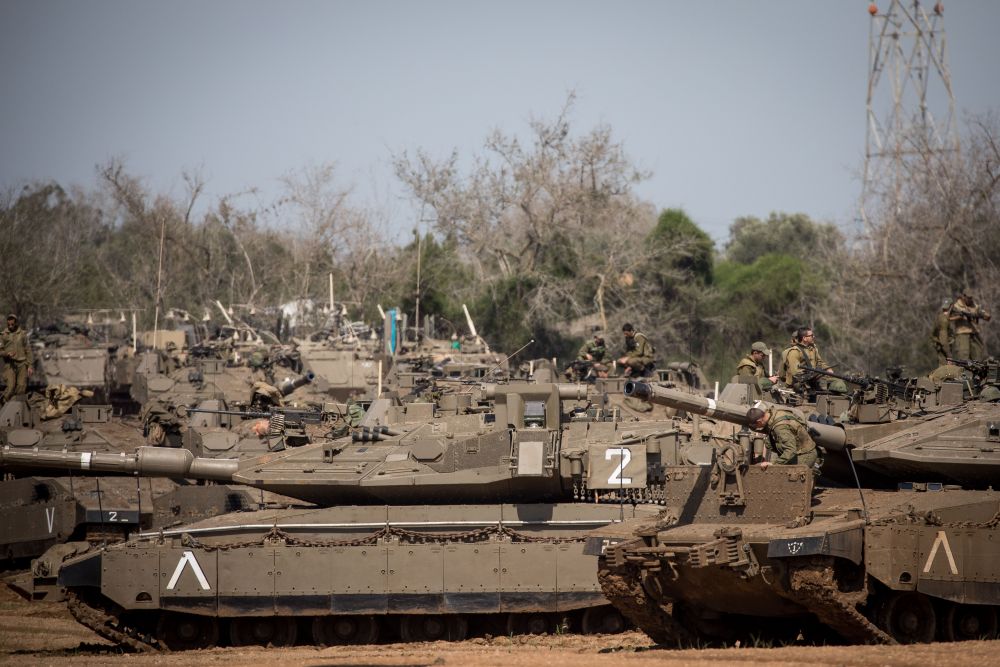 As both sides gird up for a showdown, whether or not it will take place is anyone’s guess, given the dense blackout of secrecy on the duelers’ intentions. When Prime Minister Binyamin Netanyahu returned home from a visit to Washington, which he cut short after a Hamas rocket hit a home in the Sharon region, he went straight into a conference with Chief of Staff Lt. Gen. Aviv Kochavi and top security officials. Their most pressing concern was how to get around the stumbling block of Hamas’ March of Return anniversary, which the Palestinian terrorist organization means to celebrate to the full, meaning a larger than ever mass onslaught on the Gaza border and the IDF military defenders this coming Friday. After that, Hamas may – or may not – be more accommodating on terms for a ceasefire, but not before.

Israel’s decision-makers also appear to be at cross-purposes. One school of thought advises taking advantage of the controversy in the Hamas leadership to strengthen the “moderates.” The opposite side argues that Hamas is setting a trap for the IDF. They say that Hamas leaders want the breather they would gain from a phony ceasefire in order to then catch Israel off guard. Israel was indeed caught napping by the Hamas rocket fired at Tel Aviv on March 14 and again on March 25, when a home in the Sharon town of Mishmeret, 120km from Gaza, took a direct rocket hit. Israel’s leaders and generals must on no account be lured once again by Egyptian assurances that this time, Hamas is really, really turning over a new leaf and has committed to a truce.

Lt, Gen. Kochavi leads the second camp which refuses to be taken in again by Hamas’ wiles. He is preparing the IDF for combat in the Gaza sector that could last some days.. During the conference with Netanyahu in his capacity as defense minister, Kochavi issued the order to continue boosting the forces massing on the Gaza border and mobilizing reservists.

DEBKAfile’s military sources report that it still could not be said with certainty that the Israeli government and high command were decided on their next step, when the decision was taken out of their hands by another Hamas rocket fired Tuesday night against the Eshkol district. This rocket drove home the harshness of their dilemma. No serious offensive can be conducted against Hamas and the Islamic Jihad in Gaza without exposing large parts of the country beyond the immediate Gaza neighborhood to the high risk of Palestinian rockets. On the other hand, inaction against Hamas; armed wing, aside from air strikes on empty buildings, only whets the Palestinian terrorists’ appetite for more escalation.