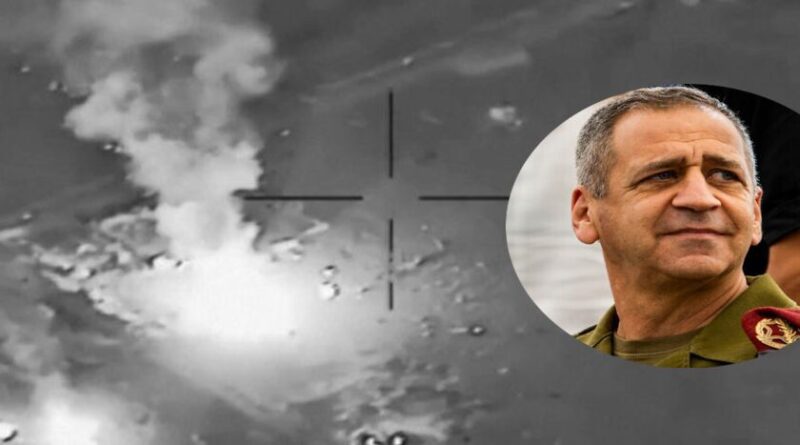 Thanks to “advanced capabilities,” Israeli pilots were able to single out and destroy an arms truck in an Iranian convoy of 25 vehicles as it crossed into Syria from Iraq, IDF chief Lt. Gen. Aviv Kohavi disclosed on Wednesday, Dec. 14 in a rare revelation. The incident occurred in early November. “Some weeks ago we would not have known that that truck number eight was the one carrying military equipment,” he said. “We had to make sure the pilots were in the right place, able to hit a specific target in a large convoy without killing uninvolved parties and evade surface-to-air missiles to return home safely.” This feat called for “advanced capabilities,” Kohavi stressed, speaking at a conference in Herzliya. The attack reportedly left 10 dead, most of them Iranians. Tehran state media later denied any casualties.

In an earlier report of the attack, the Saudi-backed A Sharq al-Awsat quoted Israel military sources as describing the Iranian convoy as not just carrying fuel for Lebanon as Tehran claimed but military equipment and ammunition. They told the paper that Iran, having sustained heavy damage from Israeli strikes’ destruction of arms consignments reaching Syrian airports, including Damascus military airport, Tehran opted for an overland route for smuggling arms to its the Shiite militias in Syria and Lebanon.
The IDF does not habitually acknowledge the hundreds of operations conducted in Syria over recent years for cutting down on the Iranian military presence in that country. It was not clear why Gen. Kohavi stepped away from this convention.

In a year’s end summing-up, he went on to disclose that the IDF along with the Shin Bet and security forces had prevented more than 400 terrorist attacks in the outgoing year, although, unfortunately not all, by means of regular military operations mainly in Judea and Samaria. Raids, detentions and weapons seizures take place almost nightly, the latest resulting in 15 arrests of suspected terrorists.