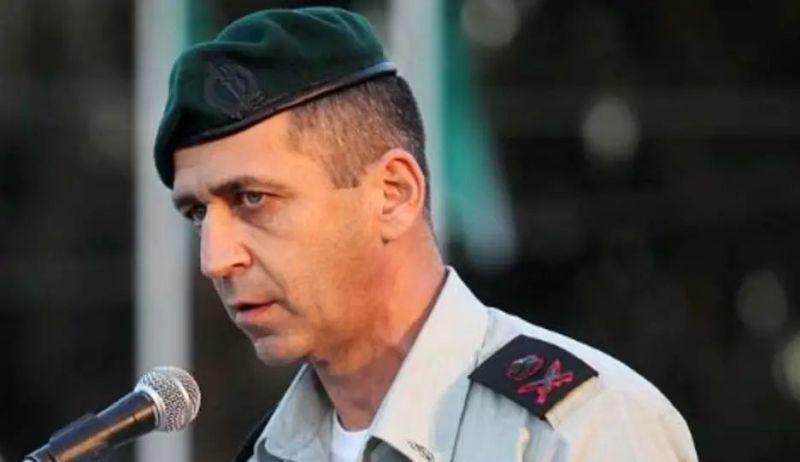 This week, six months after taking over as Israel’s Chief of Staff, Lt. Gen. Aviv Kochavi launched the IDF’s largest and most comprehensive war game. The drill under his command ranged across northern and central Israel, including the borderlands with Syria and Lebanon, and comprehensively engaged all parts of the IDF, including the air force and navy.

DEBKA Weekly’s military sources report: This exercise was the first outward test of the Kochavi military doctrine, which he intends to inculcate in the country’s armed forces: It hinges on the massive deployment of combat strength armed with vast quantities of fire power for enabling a swift and clear-cut victory with heavy enemy losses.

Contradicting former IDF chiefs, whose concepts focused heavily on minimizing Israeli war losses, Kochavi allows that some IDF losses are unavoidable for the sake of a swift and decisive end-result. He says this frankly in regular conversations with officers and men. And at his fortnightly separate meetings with one unit after another, he reverts to three concepts that his predecessors had dropped from their military vocabulary:

1. Wars can and must be won, Kochavi states. Victory over the enemy is the overriding goal. For the past 15 years, IDF chiefs have held to the proposition that modern warfare precludes a decisive victory by any side.

2. Winning means pulverizing enemy strength. This can only be achieved by maximizing enemy casualties to the point that their units can no longer carry on fighting and are on the ropes. Every battle must end with the enemy in retreat. Gen. Kochavi makes no bones about the need to kill and injure as many enemy combatants as possible to disable their fighting capacity. His predecessors in recent years never subscribed to these concepts.

3. He also warns candidly that the next war may well catch Israel by surprise in the worst way possible. He predicts that it will start out with Iranians, Hizballah and “terrorist armies” (i.e. pro-Iranian militias mainly from Iraq) rushing the Israeli border and overrunning civilian habitations in the east and the north, forcing Israel troops to fall back. Rockets and missiles will simultaneously batter the population and strategic utilities, such as highways, airfields, water plants and the power grid. Before taking the war across to enemy terrain, the IDF will have to clear the invaders out of the areas they have captured.

Kochavi has set in motion four steps for counteracting this peril.

a) He has earmarked NIS 600 million (app $170m) of the defense budget for boosting the fire power of the IDF’s special forces units, over and above the new weapons systems and new night-vision, all-weather gear for marking targets which they have just received.

b) He has begun reorganizing combat units (regular and reserves) into new frameworks, each of them capable of performing a combination of infantry, engineering, anti-tank, aviation and intelligence functions.

c) A new department has been set up in the IDF’s Planning Directorate called Shiluach – the Hebrew acronym for Novel Combat Systems – under a brigadier general. This unit will focus on technological innovations for boosting interface among the various arms and ramp up the forces’ lethal capabilities. The object is to enhance the army’s ability to destroy enemy combat capabilities while in rapid movement towards a target. This goal is to be achieved amid the highest level of interface among the various ground, air and naval arms. d) The frequency of military exercises will be stepped up to prepare the army for war.