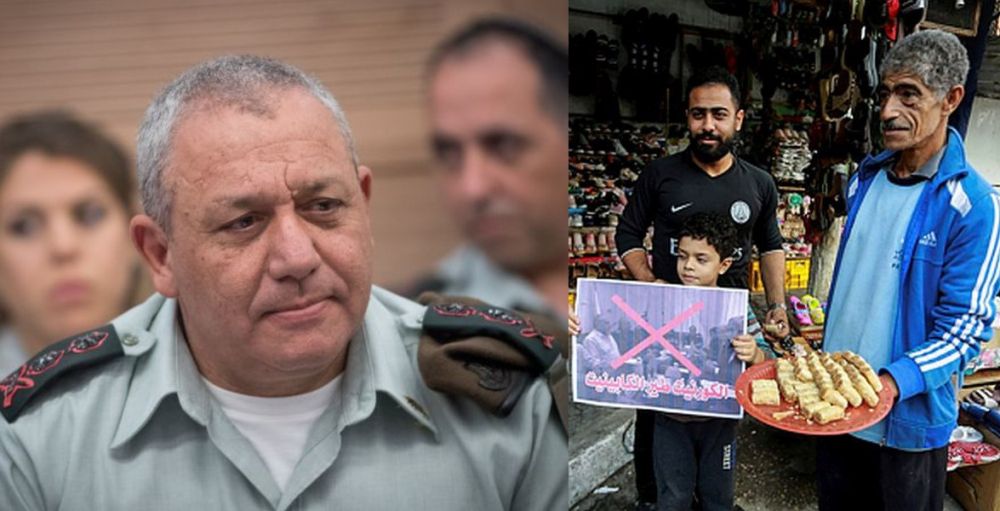 A new factor has stepped uninvited into Prime Minister Binyamin Netanyahu’s struggle to save his government against Naftali Bennett’s claim of the defense portfolio: The IDF, or rather its chief of staff Lt. Gen. Gady Eisenkot. On Wednesday night, shortly after Avigdor Lieberman resigned as defense minister, the military establishment began preparing a public campaign to explain its perspective on the events that led to the highly unpopular Gaza ceasefire. This campaign was launched on Thursday morning, Nov. 15, and turned out to be way beyond the limits of an image-booster.

Anonymous “military sources” issued for publication certain comments that included a broadside against the government – and the security cabinet in particular – after “its bankrupt policy was revealed for all to see.” The cabinet was “useless,” and the ministers “incapable of determining the IDF’s goals in the Gaza Strip.” Reserves can’t be called up, said the military sources, without declaring war. The same unidentified military sources rated as “low” the level of the Hamas threat, and maintained that Hamas shuns a confrontation. And so, they said: “This was no time for a [major military] operation.”  They advised capitalizing on Hamas’ “weakness” to press forward with the diplomatic process.
The sources complained that the IDF was being falsely presented as afraid to “go into the Gaza Strip” after Hamas fired nearly 500 missiles against Israel. There are less costly solutions than a ground operation, they said. “But first, the objectives must be determined, and “this the government is not doing.”

These comments were easily interpreted by political circles as dictates for the next defense minister and his conduct. There is no point in a military operation against Hamas, and the minister must therefore use the Palestinian terrorist group’s “weakness” to pursue a diplomatic accommodation. The military command implicitly disqualifies a priori the candidacy of the hawkish education minister, Naftali Bennett. If he is appointed nevertheless (otherwise the government may fall), he will end up in the same way as another hawk, Lieberman. The army chiefs are also against Housing Minister and former general, Yoav Galant, who two days earlier praised the security cabinet’s deliberations as “serious and profound.” The IDF elite evidently prefers to see the prime minister following in footsteps of many of his predecessors and taking the defense portfolio himself, because Netanyahu and Gen. Eisenkot see eye to eye on national security policy.

Although the army has in the past 70 years of Israel’s existence occasionally and indirectly made its wishes known, it has never before stuck its oar into a political process or the choice of a key cabinet minister so crudely.  It may be said that Eisenkot is the most politically-oriented chief the IDF has ever had – just at the time when the country needs more than ever before a combative chief geared to operations.
Reality check: Thursday, Nov. 15, Iran’s military chief of staff Gen. Mohammad Baqeri praised Hamas: “The last victory in Gaza turned over a new leaf for the resistance,” he said. “The victories will continue until the Zionist entity ceases to exist. The Zionist enemy’s cotton dome has failed, and now it is more concerned about Iran’s arrival in occupied Palestine,” he asserted.

48 thoughts on “IDF chiefs impart their wishes for next defense minister. Improper interference in the political process?”