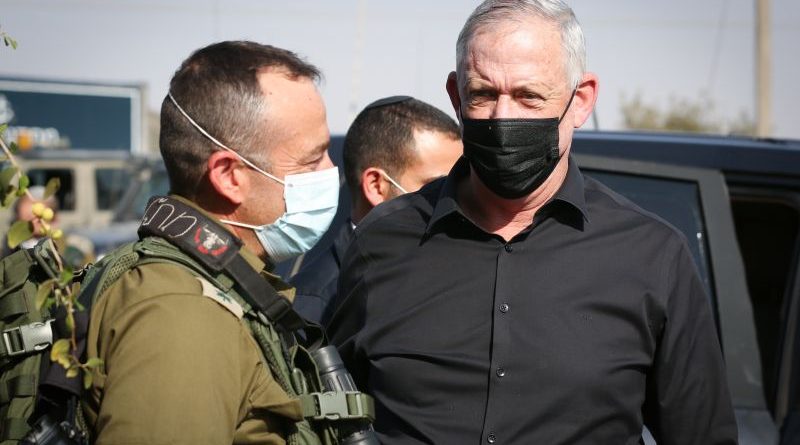 Defense Minister Benny Gantz on Sunday, Nov. 15 pointed the finger squarely at the Palestinian Hamas for the double rocket attack from Gaza the night before. Both were intercepted by Iron Dome before they landed in the southern port town of Ashdod or Bat Yam, a town adjacent to Aviv. Speaking at a memorial ceremony in Jerusalem for fallen soldiers, Ganz said: “We are moving along several tracks, some operational, to achieve calm in the long term. But if Hamas fails in the test for fulfilling its part, its leadership and the Gaza population will face harsh consequences.” Palestinian officials disclaimed knowledge of the hand which fired the rockets and denied the attack had anything to do with a decision by Hamas or Islamic Jihad. They promised an investigation to discover whether the rockets were loosed as a result of some technical malfunction, or possibly the work of a rogue element.

At around 2.00 a.m. Saturday night, rocket alerts warned the residents of Ashdod and Kibbutz Palmachim of an incoming rocket. In the cities of central Israel’s Gush Dan area, people woke up to loud explosions amidst a thunder and lightning storm, when an Iron Dome air defense battery blew one of the incoming rockets out of the sky. Casualties and damage were prevented.

Towards morning, IDF fighter jets, helicopters and tanks raked through the Gaza Strip targeting a line of Hamas underground military facilities from Rafah in the south to Bet Lahiyeh in the north.

The rocket attack found Israel prepared. Last week, Ben Gurion international airport redirected flights to special runways to the north and extra Iron Dome batteries deployed in central and southern Israel in expectation of a possible revenge attack by the Palestinian Islamic Jihad. Thursday was the first anniversary of the death the Iran-backed group’s leader, Bahaa Abu al Atta, in an Israel air strike. Al-Atta was a fervent activist in the orchestration of Palestinian rocket and sniper attacks on Israel.