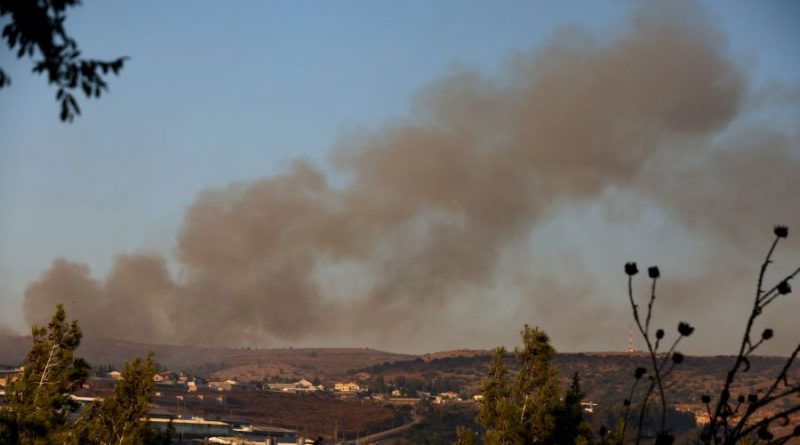 Israel’s northern border remained tense on Tuesday, July 28 as IDF forces prepared for another Hizballah attempt to strike a military target in the next day or two, after the first encounter with IDF troops on Mt Dov on Monday was a letdown. The next strike is expected on or around the Muslim Eid festival on Thursday. Hizballah’s leader Hassan Nasrallah declared again that the death of a fighter in an Israel strike in Syria last week was still to be avenged.

The IDF meanwhile further reinforced its border deployment along 150km from the coast to Mt. Hermon with advanced firepower, surveillance units and troops of a commando brigade, ready to ward off a Hizballah attempt to seize a military position. Hizballah units were sighted during the day near the Lebanese-Israel border fence and inside Shiite villages of the South. Prime Minister Binyamin Netanyahu and Defense Minister both toured the IDF northern command and warned the enemy that Israel was armed and ready for any scenario.

Hizballah prepared the way for another attack by denying that anything happened at Mt. Dov on Monday and that Israel had made a huge song and dance about a non-incident, although Hizballah fighters never fired a shot. The IDF claimed it had footage of the attack which proved otherwise.

The prime minister and defense minister warned Hizballah in joint statements Monday night, July 27 that it is “playing with fire.” Their statements came after the IDF thwarted a Hizballah intrusion and a Kornet attack on tanks at Israel’s Mt. Dov outposts. Hizballah later claimed that the incident did not happen and that its revenge for the killing of one of its fighters in Israel’s raid near Damascus last week was still to come. The IDF replied that the incident was documented.

“We take a grave view of this attempt to infiltrate our territory,” PM Binyamin Netanyahu said. “Hezbollah and the State of Lebanon are held responsible for this incident and for any further attacks originating from Lebanese territory against Israel. Hezbollah is playing with fire. Any attack against us will be answered with great force,” he said.

The defense minister added: “Nasrallah (Hizballah’s leader) is causing detriment to the state of Lebanon for the sake of Iran.” He lauded IDF soldiers and commanders for their “professional and precise performance in preventing a serious incident that could have cost lives.  Our troops are more determined than ever to defend our sovereignty and citizens,” he stressed.  “Lebanon and Syria as sovereign states will bear the painful consequences for any terrorist acts originating in their territory. There will be a powerful, sharp and painful response,” he said.

IDF tells Israelis living and traveling in the northern border regions to return to normal and has re-opened the roads to civilian traffic. This followed an exchange of fire for two hours on the Israel-Lebanese border on Monday, July 27, when the IDF eliminated or put to flight a small Hizballah unit that directed Kornet fire at tanks deployed at Israeli positions on Mt. Dov overlooking the disputed Shaaba Farms region. There were no IDF casualties. Israeli artillery and additional ground and air weaponry were directed against Hizballah forces and reported precise hits inside Lebanon. . Hizballah later reported that its unit escaped back to Lebanon.

Israeli forces have been reinforced and stood on high alert since Hizballah threatened to retaliate for the death of one of its fighters in Israel’s air strike near Damascus a week ago against Iranian munitions stores. Civilians living near the Lebanese and Syrian borders were ordered to stay indoors for the duration of the exchange although it took place far from populated areas.

Border tension remains high and the military alert stays in force until it is clear whether or not Hizballah is satisfied with this localized attack on Israel troops, or there are more attacks to come. By ordering civilians to go back to normal, the IDF hoped Hizballah would also agree to de-escalate the situation.