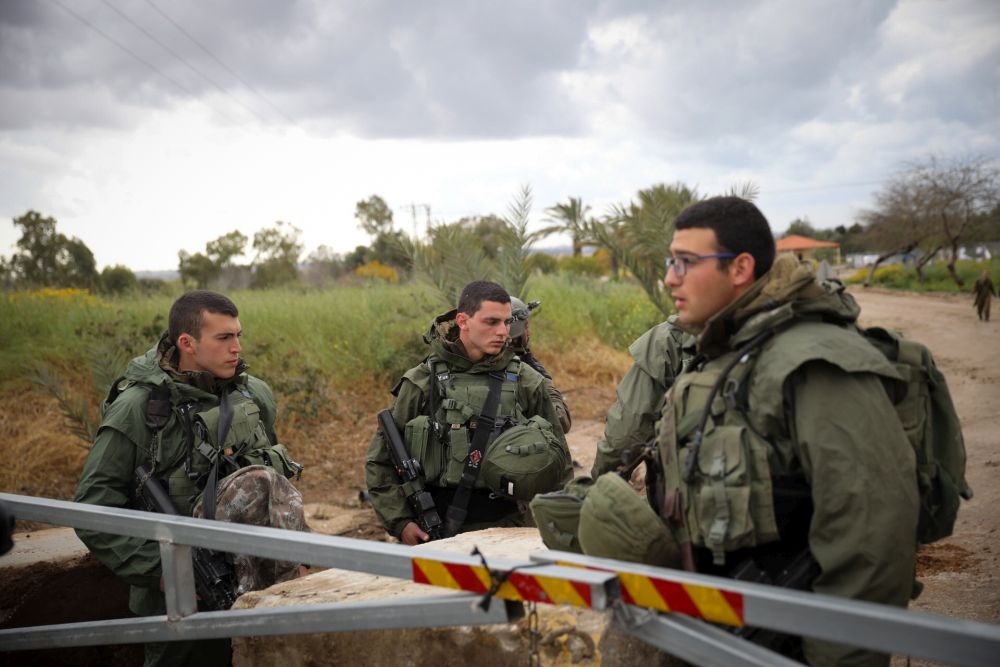 The operation began on March 25 with multiple air strikes at around 17:40.

Terrorist leaders and commanders had already disappeared into underground bunkers in the Gaza Strip in anticipation of a large-scale IDF operation following a rocket attack on central Israel and a spiraling series of terrorist assaults on Israel civilian and military targets. A short time earlier, the IDF stated: Explosions will soon be heard as part of IDF offensive action. Extra vigilance is advised in line with directives.” The heads of local towns and districts in the South reacted by ordering their populations to open shelters, close schools and call off outside activity. Throughout the day, the IDF built up its strength along the Gaza border fence and mobilized reserves, while consolidating the Iron Dome ring of anti-rocket batteries ready to intercept Palestinian rocket fire at population centers including the Tel Aviv region.
The rail service between the southern town of Ashkelon and Sderot, just outside the Gaza Strip, has been suspended and car traffic thinning out on the roads.

Sources inside the Gaza Strip are describing preparations for a broad confrontation between the Hamas, Islamic Jihad and other Palestinian terrorist groups and the Israeli military. Their bases and command centers have been evacuated and equipment removed. Hamas and Jihad have gone to ground in their large network of underground bunkers. Their rocket arrays are on war preparation.
The rocket attack on Moshav Mishmeret, a town 20km northeast of Tel Aviv, was traced to a Hamas pad near Rafah in southern Gaza, and identified as a home-made weapon with a range of 120km. It wrecked a home and injured seven people, three of them children, and inflicted more serious injuries on a woman of 60. They got off with relatively light injuries due to having reach the fortified room in their house in the nick of time before it took a direct hit.
The IDF’s last major counter-terror assault on the Gaza Strip was Operation Protective Edge on July 8, 2014. On July 17, Israeli ground troops entered the Palestinian enclave.