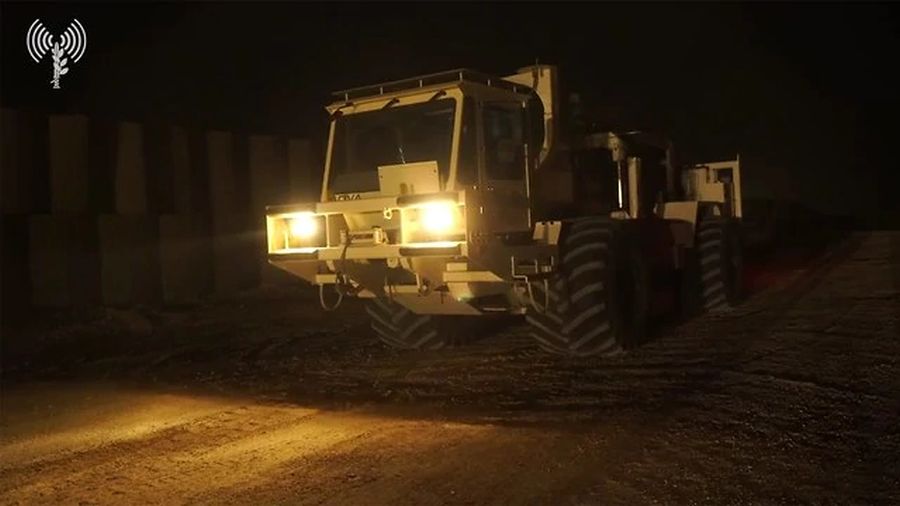 The assault tunnels dug by Hizballah under the Lebanese border into Israel are the target of IDF Operation Northern Shield announced early Tuesday, Dec. 4. It is led by OC Northern Command, Maj Gen.Yoel Strick. The IDF stressed that the operation is confined to the Israeli side of the border and was mounted before the tunnels were operational and posed a direct threat to northern security. Although the operation is sensitive, citizens of the north were advised to carry on as normal.

The IDF notice went on to say that, since 2012, Israel has been aware of Hizballah’s plan to conquer Galilee in a surprise stealth invasion through tunnels. In 2013, military investigations failed to uncover any tunnels.  From 2014, “a special joint task force of the Intelligence Directorate and the Northern Command has led the operational, technological and intelligence efforts to find and neutralize any such tunnels. In a parallel project, the IDF constructed a wall along the Lebanese border, known as the “Defensive Obstacle Project”, which raised obstructions and cleared vegetation to thwart any enemy incursion. The IDF spokesman went on to say that, of late, all these actions came together to create the conditions for the General Staff to decide on action at this time against the tunnels, whose construction provides  additional proof of Hizballah’s disregard of UN Security Council Resolution 1701 which both the Lebanese terrorist group and Israel endorsed for ending the 2006 war.

Military reinforcements have been deployed to the northern border; Israel’s northernmost point, the town of Metulah and its vicinity, have been placed off-limits to civilians and the situation is under control and going forward according to the plan for eliminating the underground threat to the country. The army is keeping the heads of local councils in the picture and civilians are advised to go about their normal lives.

DEBKAfile’s military sources report that the operation was given the bombastic title of Operation Northern Shield less because of the scope of the action against Hizballah tunnels than to prepare the ground for a possible outbreak of hostilities. It tells Hizballah “We are well prepared to fight you.”

The IDF has meanwhile not addressed the big challenges posed from Lebanon, chiefly the Iranian workshops making Hizballah’s rockets precision-guided, the missile factories Iran is establishing in the Beqaa Valley of Lebanon, Hizballah’s Radwan commando force which is undergoing special training for storming into Israel in the event of all-out war. The IDF has also held back from striking the Iranian transport planes landing almost daily at Beirut international airport with cargoes of weapons and missiles.
Hizballah retaliation for the IDF operation against its tunnels is unlikely, so long as it is confined to Israeli territory. This Iranian proxy is after bigger game: Its latest propaganda video depicted the Israeli General Staff Headquarters in Tel Aviv as within reach of its missiles. Its chief, Hassan Nasrallah, will no doubt deliver a speech in the coming days making a mockery of Israel’s Operation Northern Shield and leave it there – unless two things happen: