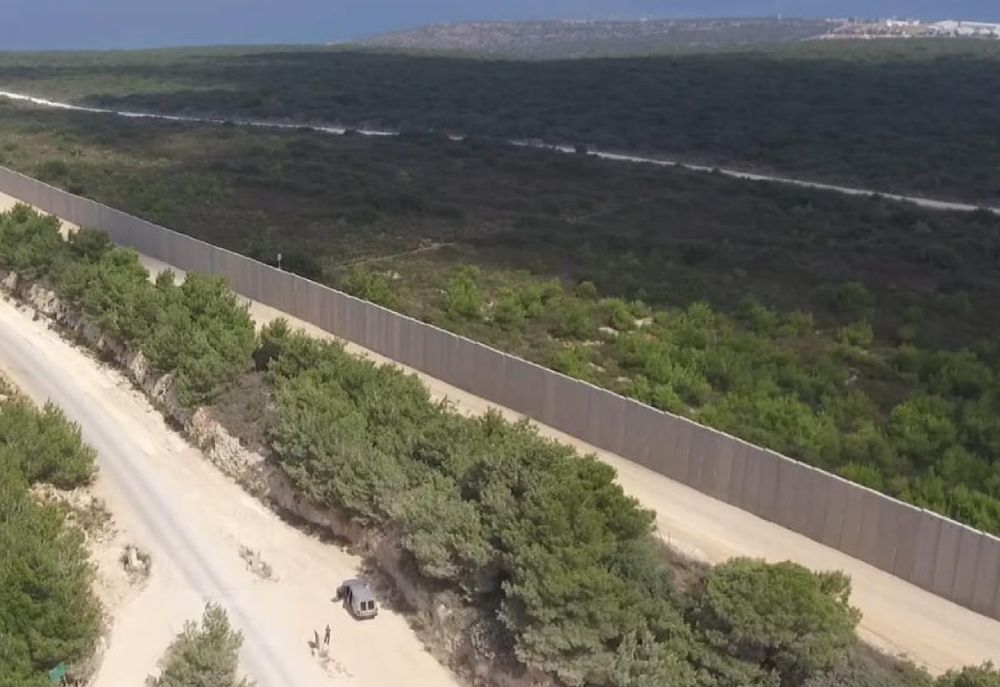 Intelligence monitors report deepening Hizballah control of Lebanese army forces near the Israeli frontier, raising concerns that the Iranian-backed group is refocusing on Israel as its troops return from the Syrian war. In a briefing to reporters, an Israeli official stressed that in the month-long conflict in 2006, the IDF differentiated between Lebanon state forces and the Hizballah militia. This mistake would not be repeated in another round of fighting, he said. Lebanon the state would be targeted together with any national facilities supporting the war – even if this means “smashing Lebanon.”

Another senior military officer, in a briefing before the New Year festival, noted that Hizballah can now augment the stocks of tens of thousands of rockets and missiles capable of reaching any part of Israel, with its Raduan commando unit, now returned from the battlefields of Syria. Its strategists have charted a plan to seize an Israeli village or IDF post in Galilee. The IDF officer explained that such an action would be more for shock effect than military gain, and the special unit would be quickly destroyed. Hizballah won’t surprise Israel again, the officer said, the IDF is fully prepared for every eventuality.

The officer then stated: Hizballah has been “deterred for 12 years” and will go to war “only when it has no other option.”  He added: “I don’t see the Iranians kickstarting a Hizballah assault.”

DEBKAfile sums up the doctrine articulated of late by Israel’s generals: Hamas shies against escalation in the Gaza Strip; Hizballah is against war; and Iran is not about to send its proxy into action against Israel. If full deterrence has been achieved on both sides of the two borders, what is the point of Israel’s hectic preparations for the next conflict and the IDF threat to “smash Lebanon?”  Could it be that Israel’s generals are singing in the dark?

After all, there is no guarantee that Tehran will not decide at any moment to send Hizballah into battle against Israel, in reprisal for ramped-up IDF attacks on Iranian military targets in Syria and the Syrian-Iraqi border. In recent weeks, Hizballah has been pulling its troops out of Syria after five years of supporting Bashar Assad’s war against a nationwide insurgency. Hizballah’s vast missile arsenal is supported by troops that are no longer a Shiite militia, but a trained, professional army which has won its spurs in real war combat.
For now, Israel is investing heavily in a defensive wall on its northern frontier with Lebanon twin to the barriers under construction on the Gaza Strip’s land and sea borders.

Brig. Gen. Eran Ofir, Director of IDF border wall projects, reported this week that the first 13km, 9m high section of the 130-km wall guarding the Lebanese border should be finished by the end of the year. This section abuts the small Israeli towns of Rosh Hanikra, Shlomi and Maalot near the Mediterranean coast. The entire $450m project should be completed in two years. The wall is mostly made of concrete with steel mesh sensors and surveillance cameras. Last month, the Lebanese army complained to UNIFIL, the UN peacekeeping force, saying Israeli bulldozers working on the barrier had crossed into Lebanon. UNIFIL spokesman Andrea Tenenti confirmed that since it began in February, all construction had kept to the Israeli side of the Blue Line which marks the frontier.

The small border communities of Rosh Hanikra, Shlomi and Maalot, whose total population is around 50,000, are considered high risk for a Hizballah surprise attack. Even a partial incursion would be hailed as a major strategic feat and confer high kudos on the Shiite terrorist group. Therefore, say DEBKAfile’s military analysts, while the IDF envisions a war that would quickly move onto Lebanese soil, Hizballah sees a future conflict as a another surprise thrust across the border into Israel.