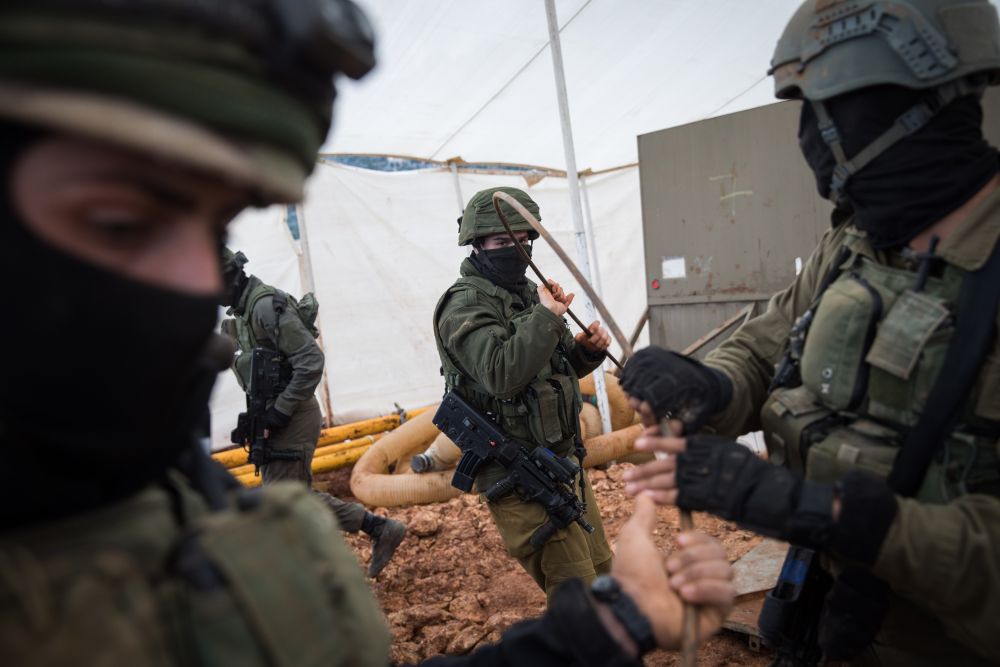 The IDF’s Operation Northern Shield, launched 21 days ago with high hoopla, was given a quiet burial by Prime Minister Binyamin Netanyahu on Tuesday, Dec. 25 attended by members of the cabinet. “After the IDF showed us their operation for exposing and neutralizing the terror tunnels [that Hizballah] built along our northern border, it is almost entirely behind us,” he said and praised the “outstanding work which eradicated the tunnel weapon.”

Chief of Staff Lt. Gen, Gady Eisenkot and OC Northern Command Maj. Gen. Yoel Strick then reviewed the operation for the benefit of the ministers.

Shortly after this, Hizballah, which had not uttered a word in response to the tunnel operation from start to finish, came out with this comment: The IDF had used cement mixers 190 times to pour concrete into the “tunnels allegedly found on its territory” and begun excavation work opposite the Lebanese village of Meiss Ej Jabal.

This was more information than the Israeli public had received. Maybe the ministers were more fully briefed. However, the general public has not been told how many tunnels were finally exposed, how many were filled in with cement, how many were blown up and how many subterranean channels does IDF intelligence reckon are still in place. The operation which was scheduled to last for months, appeared to have been cut short after three weeks without explanation. Why has all the information dried up?

We have inferred from patchy IDF communiqués during the operation that most of the tunnels did not exactly run under Israeli territory, barring the first one exposed opposite Metulah, and that none of them quite matched the description of passages designed for hundreds of Iranian and Hizballah fighters to swarm into northern Israel and capture villages. That Hizballah trained and organized special forces for a mission of this kind had been common knowledge since 2008, so that was not the trigger for the operation at this time. Therefore, the obvious conclusion is that the government and military felt the need of an excuse for their decision to avoid meting out strong military punishment to the Palestinian Hamas and Islamic Jihad after their onslaught of 500 rockets and mortars in the second week of November.

The timing is also significant on political grounds. Operation Northern Shield was proclaimed “almost entirely behind us” the day after the government called an early election on April 9. The air waves had to be cleared of extraneous content that might distract attention from the politicians’ important campaign messages to the voting public.

Therefore, Operation Northern Shield appears to have been wound down with only part of its mission accomplished. Netanyahu in his role as defense minister and Gen. Eisenkot had planned to leverage the operation for broader strategic goals than just blocking tunnels, including Hizballah’s political isolation at home in Beirut. In that sense, Netanyahu’s first test as defense minister was a letdown. However, this stemmed largely from miscalculations at the heart of the joint plan laid out at a meeting in Brussels on Dec. 3 between US Secretary of State Mike Pompeo and Netanyahu:

But what finally cooked the goose of the tunnel operation was President Donald Trump sudden decision to withdraw US forces from Syria. He not only left Defense Secretary James Mattis ignorant of his intention – Mattis stepped down in protest – but also kept Secretary Pompeo and national security adviser John Bolton in the dark.