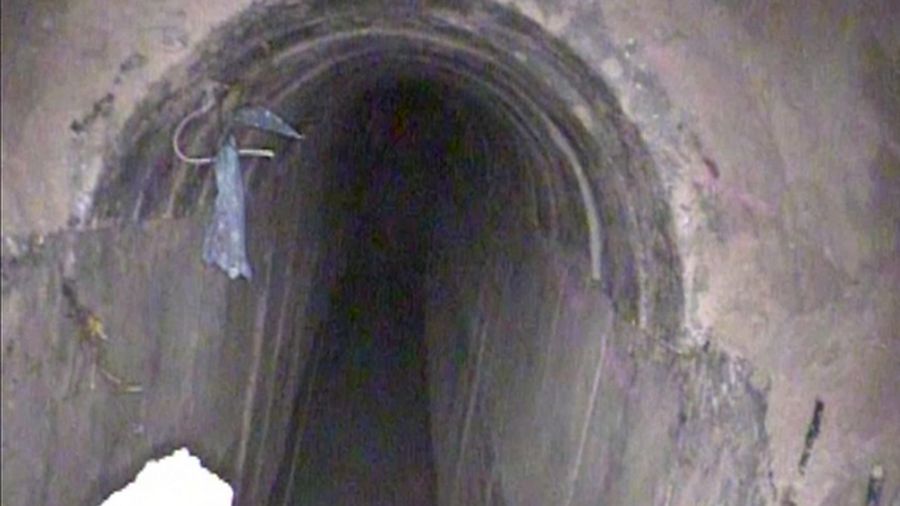 Another Palestinian terror tunnel was discovered by Israeli forces and blown up Sunday Dec. 10. It ran from Khan Younes in the southern Gaza Strip, penetrating several hundred meters inside Israel from the Gazan border, DEBKAfile’s military sources report. The tunnel had its exit in the middle of Israeli farmland just one kilometer from Kibbutzim Nirim and Ein Hashlosha. IDF watchers had kept track of the tunnel’s constriction for some months. This is why the IDF declared several parts of the border region off-limits and boosted the military presence there. On Sunday, in the wake of the Hamas rocket attack on Israeli civilian locations Friday night, the decision was taken to neutralize it. The technical means of destruction ran deep inside the tunnel under Palestinian territory. The soldiers ascertained that it was empty of Hamas builders. They found it to be fully equipped for terrorist operations, with walls of reinforced concrete and communications gear.
The OC of the IDF’s southern command Maj. Gen. Eyal Zamir warned Hamas Sunday that by violating Israeli security and escalating violent tension, it is putting its own Gaza citizens in harm’s way. The tunnels Palestinian terror groups are digging from Gaza are a violation of Israel territory, he said, and will be death traps for those who build them. “We possess a broad range of overt and covert capabilities” for foiling these subterranean threats against our country, he said. The Southern Command is ready, every tunnel will be destroyed and we shall not hesitate to do what is necessary to protect our citizens and the people living next door to the Gaza Strip.”

The Palestinian terrorist tunnel destroyed as it ran into Israel was the second in recent weeks. The first, belonging to the Jihadi Islami was blown up on Oct. 30, before it could be used, leaving 19 Jihad and Hamas activists dead.

13 thoughts on “IDF uncovers and destroys another Palestinian terror tunnel”