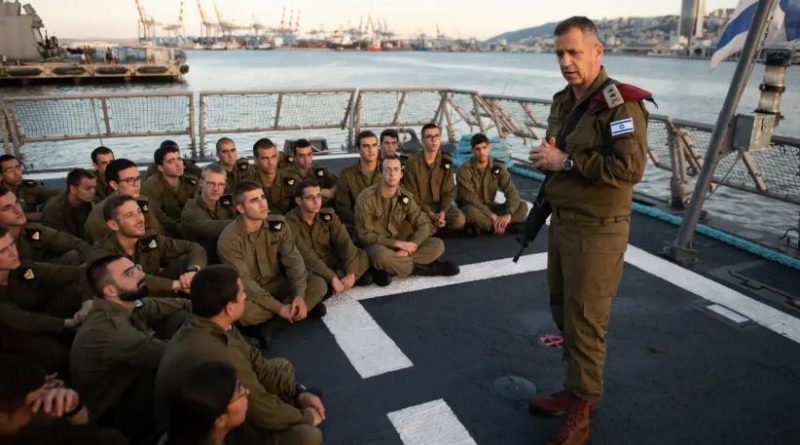 The Saudi paper Sharq al-Awsat reported on Feb. 15 that the Russians had given up on curbing Iran’s military presence in Syria. It cited Saudi intelligence sources in eastern Syria where the Saudis took control of Syria’s eastern oil region in December under the US aegis. Those sources wonder how Israel can hope to succeed where the Russians have failed.

While this was yet another impressive Israeli intelligence feat, its impact will be short-lived, say DEBKAfile’s military sources. Tehran will rapidly replace the two officers, in the same way as it quickly slotted a Hizballah loyalist close to Hassan Nasrallah into the vacancy left by the US assassination of Al Qods chief Qassem Soleimani on Jan. 3. The Guards don’t leave missing links in their chain of command – either in Syria or in Iraq.

The systematic destruction by Israeli missiles of Iran’s weapons consignments landing in Syria is likewise of provisional value. While the IDF is exceptionally effective in spotting and targeting the incoming arms shipments, a certain quantity must be presumed to be getting through to destination, else how account for periodic reports on the rising numbers of precision missiles in the hands of Iran’s proxy, the Lebanese Hizballah? This question also applies to the Palestinian Hamas in the Gaza Strip.

IDF commander Lt. Gen. Aviv Kochavi addressed the Iranian and other threats to Israel’ security when he presented his new multi-year military program last week, He pointed out in his preamble that Israel’s armed forces must contend with “surrounding terrorist armies in Syria, Lebanon, the Gaza Strip and Sinai, which are not under state control,” as well as Iran, which “currently holds a stock of 1,000 precision missiles capable of reaching Tel Aviv, some of which have multiple independently targetable reentry vehicles (MIRV) that are difficult to intercept.” He stressed too that “Hizballah is advancing in its own precision rockets project.”

Our military sources pose this question. How can Hizballah make such advances after three years of constant Israeli attacks? And how come that terrorist groups from the Gaza Strip and Sinai are still allowed to pose a strategic threat to national security?

The new IDF plan, dubbed “Momentum,” speaks of “strengthening the capabilities of the ground forces, and taking advantage of aerial range to enable combat units to attack and destroy a maximum number of targets in as short a time as possible.” However, say DEBKAfile’s sources, one lesson learned from long experience of wars is that no-one can predict how a conflict, once started, will end. None can be counted on to achieve a rapid in-and-out bang-bang victory. In countering Iran, Israel is more likely to come up against the same obstacles as Russia encountered in Syria – a lingering, constantly evolving presence that is hard to pin down.

There is nothing innovative about Gen. Kochavi’s decision to establish an Iran Command headed by a general. IDF generals have filled this position in the past, the last appointee was Maj. Gen. NItzan Alon, after whom the position vanished without explanation.

While “Momentum” was approved by the prime minister and defense minister, PM Binyamin Netanyahu added a rider criticizing the plan as needing a sharper offensive strategy.

Naftali Bennett returned last week from his first Washington visit and talks in the Pentagon as defense minister. He reported an agreement for a division of labor to push back Iranian expansion: the Americans would operate in Iraq, while the IDF would continue to take on the Iranians in Syria.

No US officials has confirmed or, for that matter, denied the existence of this deal. Neither has any reference been made any other competent Israeli official in the caretaker government that is officiating in Jerusalem up until the March 2 general election.

85 thoughts on “If Russia can’t curb Iran in Syria, the Saudis ask: How can Israel?”