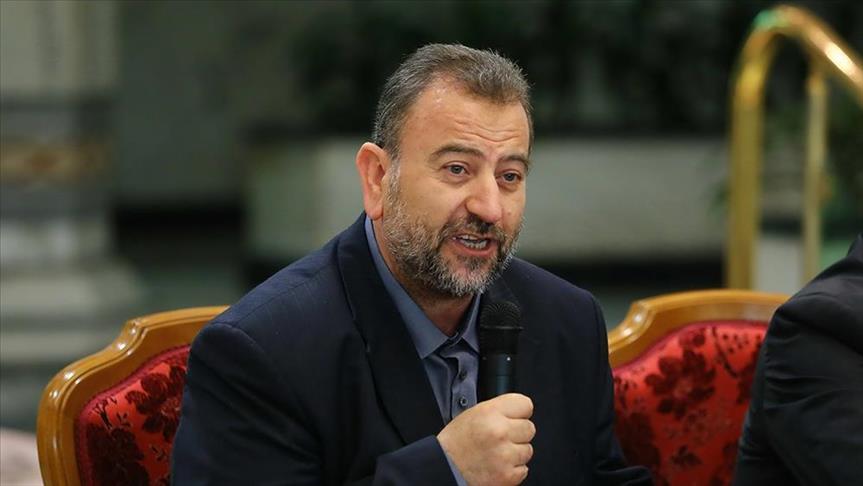 Hamas’ Saleh Arouri in Tehran. Iran pressed ahead with its plans this week, regardless of the loud scorn and threats poured on Tehran from Jerusalem, Tel Aviv, Cairo and Washington.

On Friday, Oct. 20, less than two weeks after Saleh Arouri, Deputy Chief of the Hamas political bureau, approved an Egyptian-sponsored reconciliation agreement between his party and the rival Fatah, he was leading a large Hamas delegation to Tehran.
On Tuesday, Oct. 17, Israel’s security cabinet laid down conditions for its recognition of the Palestinian unity deal, including Hamas’ recognition of Israel, disarmament and the severance of its ties with Iran.
On Thursday, US Middle East Envoy Jason Greenblatt issued a statement in support of Israel’s position.
But before taking off for Cairo, Arouri made a point of declaring that Hamas would never recognize Israel, give up “resistance” (terror), disband its armed wing or surrender its weapons.
His briefing to his masters in Tehran on the Palestinian unity talks in Cairo was an apt finish to a week of events which saw Iran, the universally denigrated rogue, going from strength to strength.

That incident revealed, according to DEBKAfile’s military sources, that the shell came from the Beit Jinn pocket which lies opposite Israel outposts on Mount Hermon. In other words, the Syrian army and its constant ally, Hizballah, have edged into an additional military sector that brings them closer than ever before to the Syrian Israeli border and the northern Golan.

So while Israel’s leaders and military spokesmen declare over and over that the entrenchment of Iran or its proxies near its borders is “unacceptable,” what else are they doing to curb their steady advance? And what use are the defense cabinet’s stipulations for Hamas, when Arouri sits down in Tehran with Iranian officials to plot a third front against Israel from the Gaza Strip?