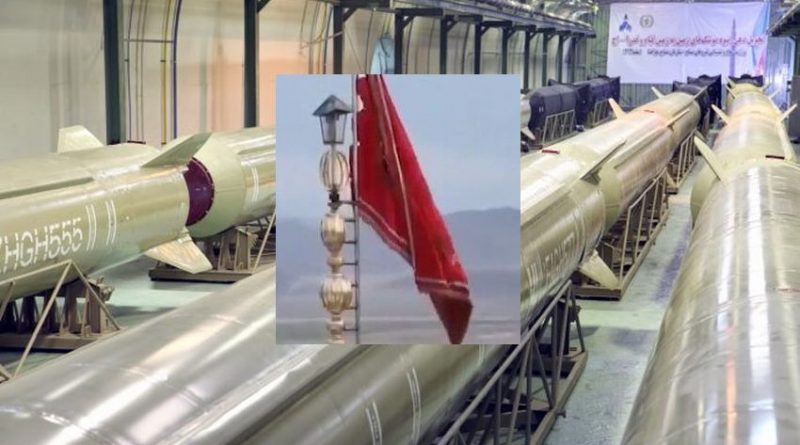 Iran began gearing up for a revenge strike on US targets in Iraq on Saturday night, Jan 4, DEBKAfile’s exclusive military sources report. The Revolutionary Guards (IRGC) took their medium-range ballistic missiles out of storage and began positioning them at various points along Iran’s border with Iraq, ready for launch. Their range covers most of the US bases in the country. Another strong indication that Tehran was poised to strike back for the death of the IRGC Al Qods chief Qssem Soleimani came from the hurried withdrawal during the day of most of the Iraq Shiite militia chiefs and their senior staff. They crossed the border into Iran and were taken to IRGC bases.

Saturday night, too, the Kata’ib Hezballah militia warned Iraqi army units and security agents to be out of US military facilities by Sunday 7 p.m. A red flag was unfurled over the revered Jamkaran Mosque of Qom, Iran’s religious center, denoting the Islamic Republic’s coming retaliation for the death of Qassem Soleimani at American hands.

Responding to Iran’s preparations for war, President Donald Trump warned in a series of tweets that if Iran strikes any Americans, or American assets, “We have … targeted 52 Iranian sites, some at a very high level & important to Iran & the Iranian culture… Iran itself, WILL BE HIT VERY FAST AND VERY HARD.”  The figure 52 recalled the 52 American hostages held at the Tehran embassy by Shiite revolutionaries in 1979-81. It also raised the stakes against Tehran’s threat to strike “35 American targets, including warships in the Persian Gulf and Strait of Hormuz and Tel Aviv.”

Some 3,000 US troops form the 82nd Airborne Division have been deployed to the Middle East, joining the 750 soldiers shipped earlier to Kuwait.

On Saturday morning, DEBKAfile reported that the US had begun targeting Iraq’s pro-Iranian militia chiefs after terminating their master

Since cutting down their master, the Trump administration has clearly launched a systematic war to eliminate the militia chiefs through whom Tehran maintains its grip on Baghdad.

Early Saturday, another US air strike hit the convoy of Shebl al-Zaidi, head of the Imam Ali Battalions, near Camp Taji military compound north of Baghdad. Six people were killed, most likely including Al Zaidi and his lieutenants, according to US officials. The PMU while confirming the strike claimed it hit “a medical convoy” – evidently taken aback by the new tempo of American attacks.

Shebl al-Zaidi, reportedly one of the more vicious Shiite leaders, was jailed during the US occupation of Iraq, and has been photographed with Qassem Soleimani,

In any event, the US strike happened and it attested to the new orders issued to the US command in Iraq:  go on the offensive against the pro-Iranian Iraqi militias and target them with planes, helicopters or drones whenever their leaders try moving about on the roads and highways.

This extremely ambitious, long-term program, which relies on first-rate intelligence, is the Trump administration’s answer to the critics who claim that the high-risk assassination of Qassem Soleimani was performed without a strategy or follow-up planning.

It is most likely to be an American initiative without European coalition partners. Secretary of State Mike Pompeo said on Friday that European allies had not been as “helpful” as he had hoped over the Soleimani killing. Later, French President Emmanuel Macron urged those involved to act with “restraint,” while British Foreign Secretary Dominic Raab said de-escalation would be key. “The Brits, the French, the Germans all need to understand that what we did, what the Americans did, saved lives in Europe as well,” Pompeo said.

Nonetheless, coalition spokesman Col. Myles Coggins contradicted the Pentagon’s statement about the fresh air strike on Saturday, stating, “The OIR did NOT conduct airstrikes near Camp Taji (north of Baghdad) in recent days.”

Moving forward, the Pentagon assigned a first batch of 750 extra troops to the Middle East for the protection of American personnel, to be followed by 4,000 more.  DEBKAfile adds: A US brigade of 700 officers and men is on standby in Italy to fly to a military airfield made ready for its intake at Halat in north Lebanon, should it be necessary to defend the Beirut embassy against potential attack by the pro-Iran Hizballah militia of Lebanon.

170 thoughts on “Iran poised to strike US forces, pulls militia chiefs out of Iraq. Trump: We have targeted 52 Iranian sites”