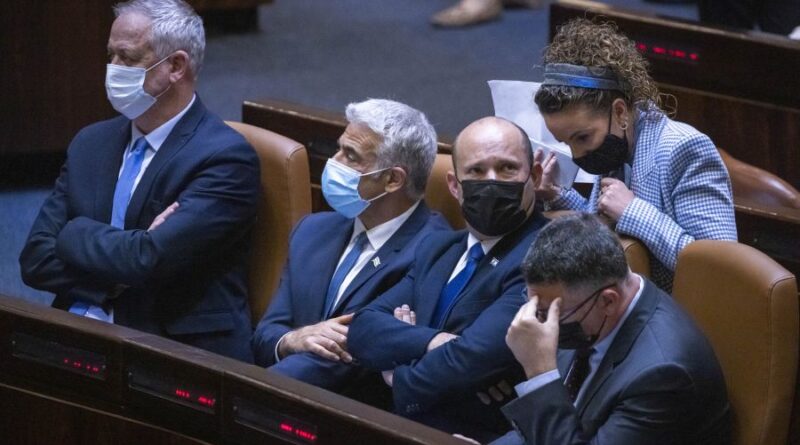 At last, the Biden administration can rest quietly, knowing that Israel’s new government won’t rock the alliance by a surprise attack on Iran or its Lebanese minion, Hizballah. Since June, the unpredictable Binyamin Netanyahu has been safely tucked away on the opposition benches. Against his advice, the trio that succeeded him, prime minister Naftali Bennett, foreign minister Yair Lapid and defense minister Benny Gantz, have committed to check first with Washington before resorting to action against those hostile forces. It is moreover understood that in the event of a midnight call on an attack by Iran or Hizballah, from Jerusalem to Secretary of State Antony Blinken or Defense Secretary Gen. Lloyd Austin, Israel will be told to hold its horses on retaliation for fear of derailing the administration’s plans for nuclear talks now tentatively timed for mid-September.

The Biden administration is set inflexibly on this course in although the prospects are dim of diplomacy with Tehran reaching any successful culmination. The trouble is that this US template grants Iran under its new hardline president as well as Hizballah free rein during more than a month for aggressive action against Israel, knowing that its government’s hands are tied by its foremost ally against retaliation

The Bennett government has similarly tied itself in knots in the struggle to control the fast self-doubling delta variant of the covid pandemic. It is tiptoeing around a decision to add the United States to the list of countries from which, as of Aug. 16, travelers entering the country through Ben Gurion airport must go into quarantine. To avoid upsetting US-Israeli ties, the international airport remains open for the time being to departures to and arrivals from the United States, notwithstanding warnings by health experts of a new variant of the virus that has appeared in America. In the past month, 141 arrivals from the US tested covid positive.
Vaccinations of third shots as boosters for people over 60 and the Green Pass curbs introduced on Sunday are not expected to contain the spiraling pandemic: 3,372 new cases on Sunday; 360 seriously ill beginning to overwhelm hospitals, including 53 on ventilators. Still, the prime minister and Health Minister Nitzan Horowitz have been zigzagging from day to day over whether to impose a lockdown to contain the racing contagion. Bennett is being constantly reminded that when he served in the opposition two months ago, his favorite mantra was: “Lockdown is not a win but a flop.” Some of the many naysayers argue that a shutdown would cost the country NIS200 billion (app. $62 billion) – a figure which is more a scare slogan than the result of exact computation.