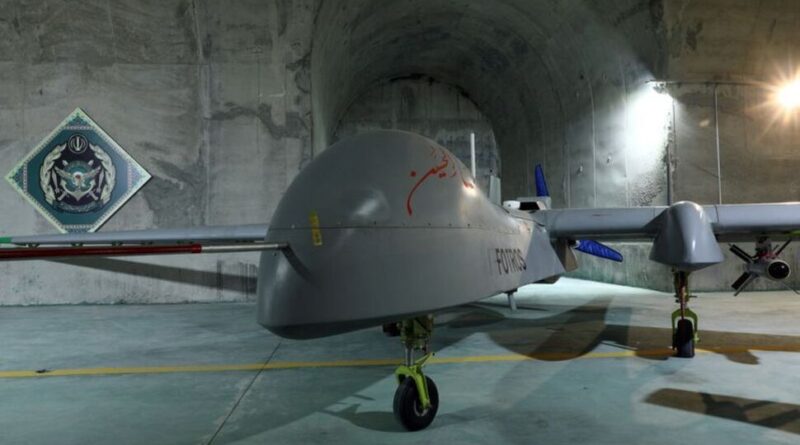 A select group of reporters was on Saturday, May 28 shown more than a hundred military drones lined up in rows, after being flown blindfold for 45 minutes to a secret base buried deep under Iran’s Zagros Mountains. Upon landing, the group was greeted by Iran’s army chief. Maj Gen Abdolrahim Mousavi, who told them: “There is no doubt that the drones of the Islamic Republic of Iran’s armed forces are the region’s most powerful.” He went on to say: “Our capability to upgrade drones is unstoppable.”

DEBKAfile’s military sources find that the secret base was uncovered as a threat by Tehran to wield its powerful UAVs in revenge for the two recent strikes on highly sensitive resources – both of which were attributed to Israel, although unacknowledged by any source. In the first, on May 23, a pair of bikers shot dead a senior Al Qods officer Col. Hassan Sayyad Khodaei outside his home in Tehran; in the second, according to unnamed Iranian and US sources, Israel was likely behind the suicide drones said to have blown up a building at the Parchin military complex where Iran develops missile, nuclear and drone technology and is kept out of bounds to international inspectors.

Both attacks were launched from inside Iran.

The reporters were told that the secret base is situated hundreds of feet under the ground. Most of the drones were seen to be armed with Qaem-9 missiles (judged to be equivalent to American Hellfire weapons).
Our sources add that Israel has long been aware of an Iranian plan to use scores of drones for a major assault – especially since its key resources were hit from inside Iran’s own borders.