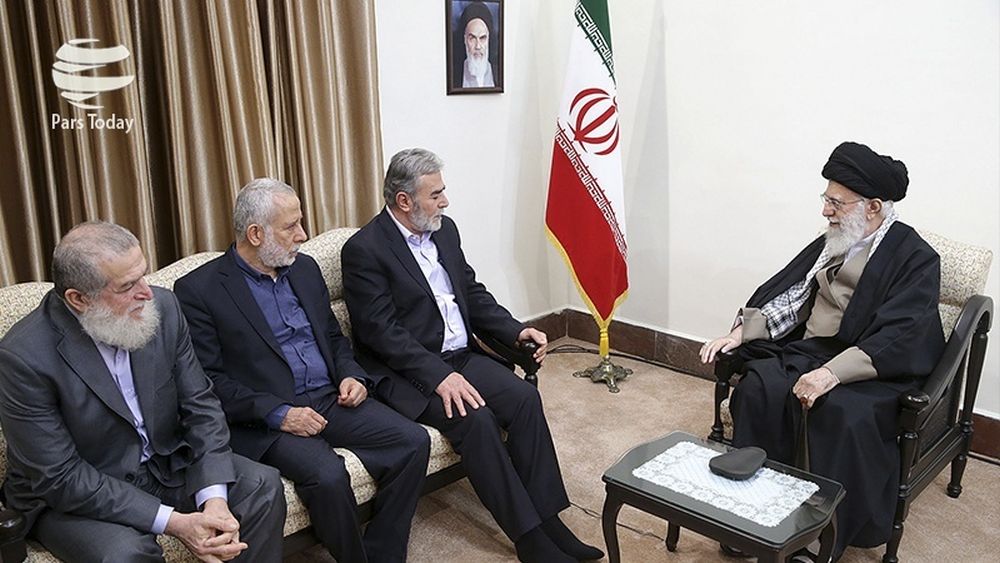 Iran has empowered the Palestinian Islamic Jihad delegation visiting Tehran to attach Iraqi Shiite militias under Al Qods command and Hizballah to the common terrorist operations command in the Gaza Strip, DEBKAfile’s exclusive military and intelligence sources report. It was further decided to activate the expanded operations room only in the event of a full-scale Palestinian-Israeli war centering on the Gaza Strip. It would then act as a supportive “second front.”

The Palestinian Jihad delegation holding talks with top Iranian officials, including supreme leader Ayatollah Ali Khamenei, is headed by its overall leader Ziyad Rashid al-Nakhalah and the director of the Gaza sector, Muhammed Al-Hindi.
Their decisions prompted Israel’s Military Intelligence (AMAN) chief, Maj Gen. Tamir Hayman, to warn on Monday, Dec. 31, that Iran had acquired the capacity to mount attacks on Israel from Iraq. Also on Monday, Nakhalah referred to the Iran-backed terrorist movement’s expanded capacity in an interview on Iranian State TV. He said:  “Iran and Hizballah are no longer bound by red lines. Henceforth there are no limits to the scope and depth of the cooperation between Islamic Jihad, Iran and Hizballah.”

The Palestinian Jihad leader went on to boast of the improved precision of the group’s new rockets, 530 of which were fired against Israel during the massive barrage Jihad and Hamas staged from the Gaza Strip on Nov. 12- 13.
He was talking about the Asklon, which carries a warhead of an estimated 200-500kg.with a range of up to 10km. DEBKAfile’s military sources identify this weapon as an improved Grad fitted with a target-marking system.

Ayatollah Khamenei told his Palestinian visitors that the two-day barrage last November and the subsequent clash had proved that Israel’s Defense Forces were no longer capable of withstanding Palestinian “forces of resistance.” During the previous two wars, he noted, “the Zionist regime called for a truce after 22 days on one occasion and 8 days on another. But in the latest confrontation it requested a ceasefire after only 48 hours.”