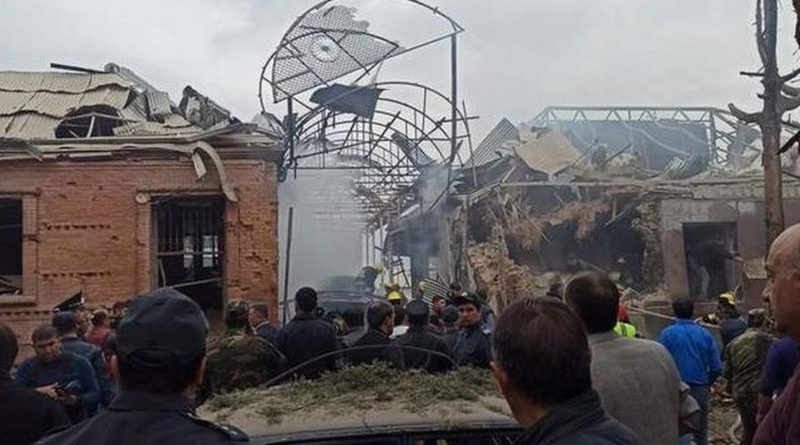 Iran like Turkey consistently supports Azerbaijan, the fourth Shiite Islamic majority nation in the world, while refraining from roundly condemning Christian Armenia, at a time that the two Caucasian nations are locked in fierce combat over the Nagorno Karabakh enclave. The fighting this week escalated to reciprocal attacks on their major cities.

Iran, whose supreme leader Ayatollah Ali Khamenei is an ethnic Azeri, is home to four Azeri-speaking northwestern provinces, to which some separatist extremists refer as “South Azerbaijan.” Encouraging them could spark secessionist movements among Iran’s other minority groups.  So while Iranian officials have voiced support for Azerbaijan’s integrity – Nagorno Karabakh was internationally recognized as part of its territory although the majority of it population are Armenian Christians – they did not echo Azeri lawmakers in Tehran, who this week accused Armenia of forming “an evil Islamophobic trio in the region” with Israel and the United States.
Condemning Armenia as the aggressor would present Tehran with another problem: its clandestine supply of arms to Azerbaijan’s enemy. Video footage of Iranian arms trucks in Karabakh last April evoked strong denials in Tehran as being “utterly false,” after raising hackles in Baku. In the current outbreak, Iran was accused of allowing the transit of Russian arms to Armenia through its East Azerbaijan Province. This prompted another denial. Iran and Armenia are moreover long trade partners, and Tehran looks after important Armenian churches in the Azeri northwest.

Caught in the middle, Tehran has not surprisingly joined US, Russian and French calls for a ceasefire in the hostilities which erupted last month.

Those hostilities intensified this week, Nagorno-Karabakh claimed to have destroyed Azerbaijan’s military airport in Ganja, a city of 300,000 after its own town of Stepanakert was hit by enemy missiles. Both reported heavy casualties including many civilians.

Turkey had no qualms about accusing Armenia of “targeting civilians” in Ganja, after reportedly sending fighters from its Syrian proxy rebel groups to fight for Azerbaijan. Over and above Erdogan’s Islamic leadership pretentions, his stake in the former Soviet republic is substantial, two pipelines run from Baku’s oilfields into Turkey for re-export to Europe. It is also Ankara’s only supplier of gas.

Russia is a traditional ally of Armenia and maintains a large military base in that country.

Azerbaijan acknowledged using Israel-made drones in the fighting, with “devastating effect.” According to the Stockholm International Peace Research Institute (SIPRI), Israel sold Azerbaijan some $825 million worth of weapons between 2006 and 2019. Those exports included drones, loitering munitions, anti-tank missiles, and a surface-to-air missile system.

Azerbaijan’s ties with Israel are another factor in Tehran’s preference for a truce in the conflict. Iran certainly does not want to see Israel’s influence taking root near its borders.