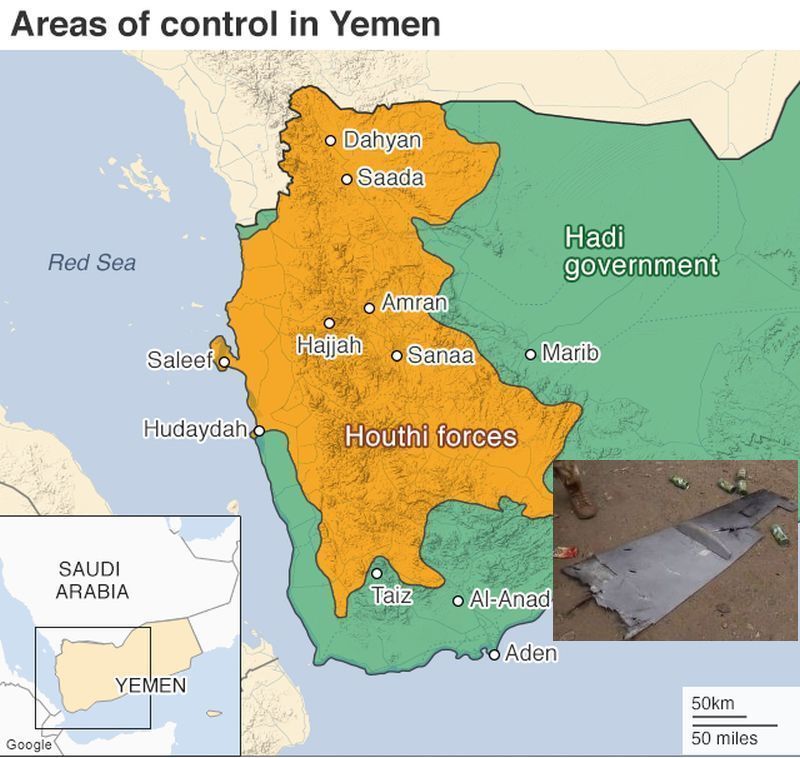 The Iranian Ababil T drone turning up on the battlefield of Yemen is an evil tiding for the future of warfare in the Middle East. A Houthi attack by a single drone on Jan 10 further knocked back the chances of a nascent truce holding up in the Yemeni port city of Hodaydah. The drone exploded over a Yemeni government military parade in the southern province of Lahaj over the weekend, killing several soldiers and injuring high military officers. Maj. Gen. Mohammed Saleh Tammah, head of the army’s intelligence department, later died of his injuries.

Yahya Sarea, spokesman for the Iranian-backed Houthi rebels, said that this was just the beginning. He boasted to reporters in the capital, Sanaa: “Soon there will be enough in the strategic stockpile to launch more than one drone and use them on multiple battle fronts at the same time.”

DEBKA Weekly’s military sources: Iran is ramping up the weaponry supplied to its proxies with perilous ramifications for the region – especially for Saudi Arabia and Israel.

1. A variant of the Ababil T drone, known as Qasef 1, was used by the Houthis to attack the Yemeni government parade in Lahaj.

2. Unlike an ordinary armed UAV, which explodes on contact with a pre-set target, Qasif 1 blows up while hovering 20m overhead, making it more precise and deadlier than the usual drone. Its appearance in Yemen was its first known debut in the Middle East. (More details on this attack below.)

3. US and Gulf intelligence services have learned that Iran has also given the Houthis a number of remote-controlled small explosive speedboats for striking ships and shore installations. These vessels could wreak havoc on Red Sea maritime traffic.

4. Judging from past experience, Tehran, after handing these tools of war and terror to the Houthis, will start awarding them to other proxies. It is therefore just a matter of time before the new drones and other hardware reach the hands of Iraqi Shiite militias under Iranian Revolutionary Guards command, the Syrian militias which the IRGC is setting up in Syria, the Lebanese Hizballah and the Palestinian Hamas and Islamic Jihad in the Gaza Strip.

The deadly drone attack in Yemen was pivotal in more ways than one, say DEBKA Weekly’s military sources. It cut deep into the highest hierarchy of the Yemeni government army whose top officers were together viewing a parade at the Al Anad military base near Aden in southern Yemen. Medics at the nearest hospital reported six dead. Among the 12 wounded were high officers: Brig. Saleh Al Zandani, the deputy chief of staff; Brig. Fadel Hassan, commander of the army’s 4th military zone; Maj Gen Tammah, the intelligence chief who later died of his wounds; Maj. Gen. Mothana Thabet Gawas, commander of Al Anad military axis, and Lt Mohammed Al Naqeeb, spokesman for the 4th military zone.

The Yemeni Houthis claim that the Qasef 1 is domestically designed and manufactured. Intelligence sources say they were smuggled in from Iran. The Ababil T is not the most sophisticated UAV; it has limited capability compared to the more modern MQ-9 Reaper, for instance. Armed with explosives, it is guided by GPS to pre-set targets under control of an autopilot, a simple technique which is highly effective. While Ababil Ts have been used to attack Saudi Patriot air defense missile radar arrays, the attack in Yemen was more complex. The officers viewing the parade moved around and never sat down for long on the dais. The Houthis would have needed to know the exact time and location of the parade and directed a single drone explosion to strike the dais.

This demanded superior intelligence as well as the right weapon. And indeed, it turned out to be an insider job. Yemen’s Interior Ministry announced on Tuesday, Jan. 15, five days after the attack, that a Houthi terrorist cell accused of orchestrating the Al-Anad air base attack had been captured and included a senior military officer. He first aroused suspicion by leaving the base 15 minutes before the attack. The Ministry said the cell had operated on behalf of the rebels in Aden, Lahaj and other government-ruled areas. It had also evidently penetrated the highest echelons of the Yemeni army.

The Houthis had shown they were able to combine intelligence with a basic and effective tool for striking a high-value multiple target. The incident was also significant for undermining UN-led ceasefire efforts in Yemen, especially the truce in the port-city of Hodaydah, through which essential supplies reach the country. A Yemeni official accused the Houthi insurgents of “making a mockery” of the Hodaydah truce” by conducting hundreds of violations since it went into force on Dec. 18.