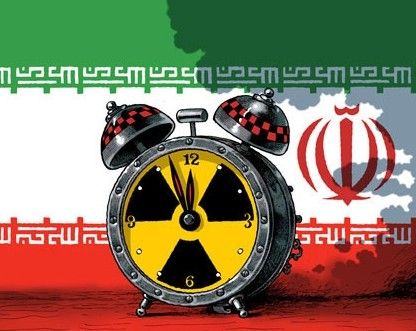 The fire at the Ahwaz power station on Saturday, July 4, was the latest in a string of “accidents” which prompted an Iranian warning to Israel and the US of retaliation if “proof” of their involvement was found. Meanwhile Iranian officials have actively played down the damage to their nuclear and missile production sites caused by the incidents piling up since late June.

The fire, which damaged the large power plant in the southwestern Iranian city of Ahvaz in Khuzestan, was blamed on “overheating” and “quickly isolated before it spread further.” Hours later, a chlorine gas leak at the Karoon petrochemical plant in the same region sent 70 workers to hospital although most were released.

Khuzestan, whose inhabitants are mostly Sunni Muslim Arabs, has a history of anti-regime violence. It also holds Iran’s biggest oilfields.

Retaliation against “hostile countries” was first mentioned on Thursday, July 2, by Iran’s civil defense chief after an explosion at Natanz, the country’s biggest uranium enrichment center, was attributed by an unnamed Iranian official to an “Israel cyberattack.” While Iranian spokesman initially downplayed the target as an unfinished “industrial shed,” it was later identified as a facility for producing more advanced centrifuges for speeding up uranium enrichment at Natanz for the next stage of the nuclear program. Last November, Tehran announced it had doubled the number of advanced centrifuges being operated at Natanz. That facility yesterday took a substantial hit from the explosion.

The Natanz blast came two days after 19 people were killed in an explosion at a medical clinic north of the capital Tehran, another accident officially identified as caused by a gas leak.

June 26 saw two explosions – one at a power station in Shiraz, and the most damaging and powerful one near the Parchin military base east of Tehran believed to house a large underground tunnel system and missile production facilities. This one, which rocked the capital, was also attributed to a leak in a nearby gas storage facility.

Iran launched a cyberwar on Israel in May with an attack to disrupt its rural water supply infrastructure. Israel retaliated on May 11 by hacking into computer servers and creating havoc at Iran’s major Shaid Rajaee Port on the Persian Gulf.

Israel has neither confirmed nor denied involvement in any of this unprecedented cyber attacks. Iran, too, has not officially named the culprits although pledging retaliation once proof is obtained by its investigations of the “hostile countries” involved.

DEBKAfile’s sources conjecture from the targets selected that a joint Israel-US-Saudi operation is likely ongoing against Iran, since neither harsh US sanctions nor a deadly coronavirus outbreak has been able to restrain the Islamic Republic from its intense drive to weaponize its nuclear program, although on Saturday, the Iranian rial slumped to a new low of 215,500 against the dollar, compared with 208,200 on Friday.. The string of punishing blows inflicted in recent weeks is calculated by some to have held up Iran’s plans by about two months.  Iranian retribution is therefore to be expected.