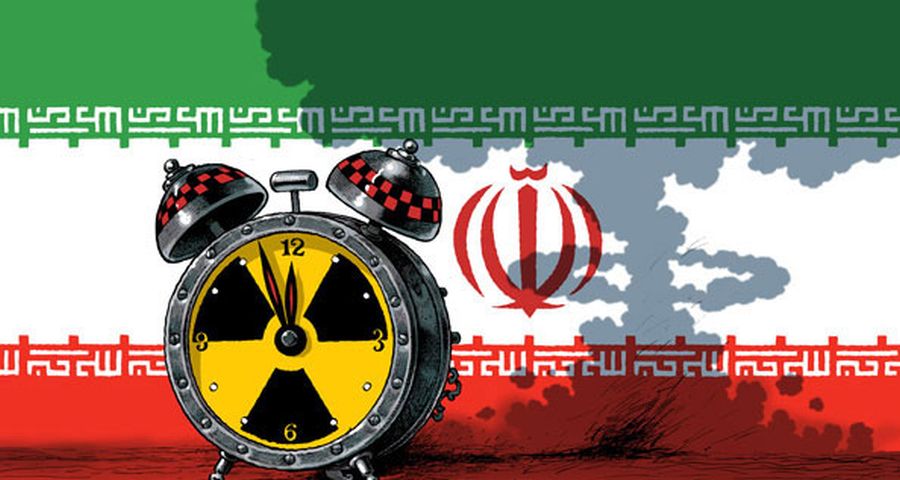 President Donald Trump has dropped teasing hints into the hubbub, high rhetoric and suspense of the run-up to the Oct. 15 deadline, when he must either certify that Iran is in compliance with the 2015 nuclear accord or withhold certification. The former would lend the accord another 90-day lease of life; the latter could entail the re-imposition of pre-nuclear deal sanctions against Iran, if approved by Congress.
Preyed by the same uncertainty as everyone else, Iran’s President Hassan Rouhani said on Saturday, Oct. 7: “Even 10 Trumps can’t roll back the benefits to this country of the nuclear deal. We have achieved benefits that are irreversible. If the United States violates (the nuclear deal), the entire world will condemn America, not Iran.”

In the last 48 hours, American media have been awash with predictions that President Trump will deliver a major speech on Oct. 12, to announce his decision to certify the nuclear deal, while at the same time imposing new sanctions on Iran – mainly targeting its Revolutionary Guards Corps over activities (missile development, terrorism sponsorship) that are contrary to US national security interests. Some say Washington will add the IRGC to its list of terrorist organizations.

In one sense, Rouhani got it right.
Trump brands the nuclear accord as the worst deal America ever signed, yet he does not challenge the confirmation by the International Atomic Energy Agency in Vienna (IAEA) that Iran is in full compliance with its terms.

Trump’s opponents, especially those who backed President Barack Obama’s Iran policy, have come up with a new argument to support their insistence on keeping the nuclear deal he negotiated in place.  Ditching it, they say, would prompt Iran to reactivate its nuclear program at top speed and start building a bomb without further delay. Tehran would also restore production at its Arak plutonium plant, in breach of its commitment to disable the plant with cement.
They have even dragged in Abdul Qadeer Khan, father of the Pakistan nuclear bomb, who sold nuclear secrets to China, North Korea, Libya and Iran, to support their claim that Iran can quickly pull the blueprints out of a drawer and go straight to building a bomb.

This argument comes strangely from the same US and Israeli security circles, which during the negotiations for the nuclear deal, vociferously dismissed as scaremongering every warning that its terms left Iran with its nuclear facilities fully intact and ready for reactivation at a moment’s notice.

Those same circles, instead of admitting they were wrong then, now threaten the incumbent president that he will bear the blame if the danger they missed then comes to pass now, as a result of the flawed nuclear deal. This is exactly what Rouhani predicted.

So what are the facts of the case?

Iran is brazenly cheating on the nuclear deal on which its foreign minister shook hands two years ago with his counterparts from the US, Russia, China, France, Britain and Germany.  And not just in spirit. The White House is not saying more than that because Trump and his advisers fear the consequences of a flat accusation of flagrant breaches in deed.

DEBKAfile’s military and intelligence sources list four of the most outrageous violations:

Does anyone remember Barack Obama’s solemn pledge that Iran’s nuclear projects would be subjected to the tightest, most comprehensive possible inspections to guard against its cheating on its commitments under the accord?

The following comparison says it all: The number of inspections the international watchdog carried out in Canada in the past two years, to monitor its heavy water program is double the number of visits IAEA monitors paid Iran in the same period.
The Trump administration’s response looks mild when seen against Iran’s barefaced violations of its international nuclear commitments.

22 thoughts on “How Iran cheats on nuclear deal, with no flat accusation from Trump or IAEA”