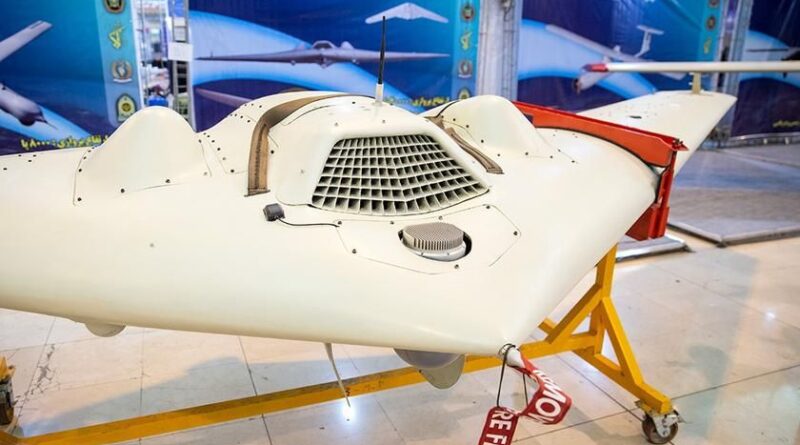 Up against fierce odds in Ukraine, Moscow has forged a comprehensive military contract with Tehran which promises help in the form of 300 Shahed-129 and Shaed-191 combat drones (see photo), in return for fourth generation Sukhoi-35 fighters, DEBKAfile’s special military sources disclose. Russian experts will upgrade the Iranian Air Force’s capabilities to absorb the new aircraft.
The military ties developing between Moscow and Tehran are multi-faceted. Iran’s aviation industry and its air force maintenance facilities have been repairing Russian aircraft damaged in the Ukraine war. The drones supplied to Russia will also showcase Iran’s products for the world market. In the past fortnight, as part of their military deal, Iran has placed its cyberwar hackers at the service of Russia’s war effort in Ukraine. The Farigh al Tehereh hackers, who attacked electronic networks at bases in Rumania, are operating for Russia under cover disguised as “the Iraqi resistance group.”

Western sources have learned of Russian and Iranian officers holding high-level meetings to discuss Tehran possibly offering Moscow the use of some of its  ballistic missiles to make up for Russia’s dwindling stocks in the Ukraine conflict.

Another topic considered is the possible handover of Russia’s Syrian bases to Revolutionary Guards forces, since Moscow is deploying some of its Syria-based units as reinforcements for its war effort in Ukraine. This subject first came up in July 22 during the talks Revolutionary Guards commander Gen. Hossein Salami held in Damascus with Syrian president Bashar Assad.  At the time, Moscow was against expanding Iran’s foothold in Syra, but, according to Western intelligence sources, it is more amenable to this at present.

An open display of the tightening military relations is still to come with a large-scale joint Russian, Chinese, Iranian naval exercise in Venezuela scheduled to take places from 17 to 27 of August in Venezuela. This will be the first time Moscow is blatantly working with Tehran to signal Washington that the three hostile navies are quite able to combine and strike America in the event of total war.

In further signs of amity, Iran has established a trade center in Moscow; Russian and Iranian airlines have stepped up the frequency of flights between the two countries; both are using Russia’s Mir electronic payment service and finally, Russia has provided Iran with a passage to India for its exports.