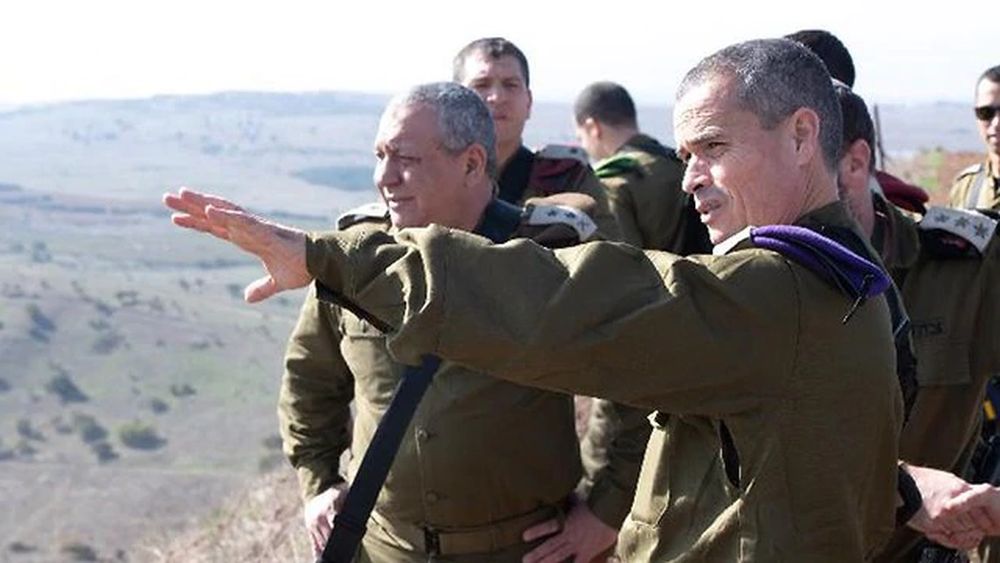 Heads were scratched in many security circles on Monday, Nov. 20, when IDF Chief of Staff Lt. Gen. Gady Eisenkot was heard to declare that the fact that “Iran and terrorist groups were very far from the place they hoped to attain” was down to “continuous quality operations.” The IDF would continue to foil their efforts, he said, while keeping one eye on the security situation in the north and keeping to its commitment to protect Israel’s civilians.
Speaking during a tour of  the Bashan Division on the Golan, Eisenkot did not specify the place that Iran “hoped to attain” or the place it had reached in consequence of IDF operations.

The general typically calls on this sort of vague, bombastic rhetoric for obscuring shortcomings or blunders. He has been caught using it to misrepresent the balance of strength in the Gaza standoff with Hamas, although some colleagues have urged him to drop it. The trouble with the chief of staff is that, on the one hand, he invites his officers to freely express their opinions, while, on the other, he is deaf to criticism or any opinion that conflicts with his own. This personality defect has persuaded more and more military officers on active duty and in the reserves to determine in recent months that the IDF is not ready for the next war, especially on the northern front.

Eisenkott has clearly made up his mind that Tehran is planning to deploy a large Iranian military force in Syria on the scale of a division and-a-half which the IDf must be geared to combat. Tehran – i.e. its Mid-East war commander, the Al-Qods chief Gen. Qassem Soleimani (whose remit also includes the Gaza Strip).

But this perception misses the facts. Contrary to Eisenkot’s evaluation, the Iranians never depart from their proxy strategy. Soleimani is accordingly putting together a Syrian army of local, pro-Iranian militias for the conduct of synchronized operations on multiple fronts. This strategy replicates the Shiite militia model which works for Tehran in Lebanon and Iraq. There are no Iranian troops in either country, only surrogate militias, some of them stronger and better armed than the national armies of Iraq and Lebanon. The most notorious example being Hizballah.
Although Hizballah is making good progress in planting those militias in southern Syria, Eisenkot has not ordered the IDF to thwart the project – or even strike their training camps and command centers. Some 2,000 recruits have joined up in the Daraa region, many of them former rebels, who fought with the US and Israeli armies before the Daraa and Quneitra regions (opposite the Jordanian and Israel Golan borders) were captured by the Syrian army with Russian help in June. The Iranian Revolutionary Guards pays each a generous $250 per month, to buy their combat experience and priceless knowledge of  IDF methods of operation on Israel’s northern border from years of exposure and personal acquaintance with its commanders.

Soleimani plans to deploy these militias opposite Israel’s Golan lines. It was to this plan which Maj. Gen Yoel Strick, OC of the IDF’s Northern Command referred when he commented on Sunday, Nov. 18, that the Israeli military is well aware of Hizballah’s actions for establishing “a terrorist structure on the Golan” and the Lebanese terrorist group will not be allowed to go through with it. Strick’s words have not so far been backed by deeds.

Gen. Eisenkot displayed his tendency to fudge on serious security issues when he stated that the IDF had hampered Iran’s effort to arm Hizballah with precision-guided rockets. He was backed by Prime Minister Binyamin Netanyahu (who is now also defense minister) who reported a “slowdown in Iranian arms shipments to Syria” to account for the pause in Israeli air strikes in Syria. However, according to the Western military observers tracking Iran’s steps in Syria and Lebanon, this major upgrade of Hizballah’s surface rocket arsenal is still ongoing undisturbed, after Israel and its air force refrained from interfering.  Still, Eisenkot’s missed perspective is shared by some IDF officers.

58 thoughts on “Iran/Hizballah build new militias in Syria against northern Israel. What is Eisenkot missing?”