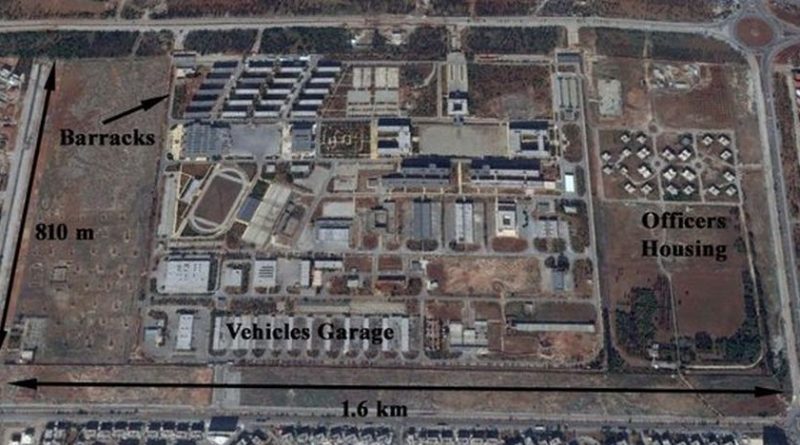 Iran’s Revolutionary Guards and Hizballah recently relocated their Syrian HQ from Damascus to the northern province of Aleppo, DEBKAflle’s military and intelligence sources reveal.They emptied out the “Glass Hours” center near Damascus and established a new command center at the Al-Assad Military Academy some 7km southwest of Aleppo center. This compound can accommodate 2,000 or so armed men.

The Guards’ Al Qods Brigade has transformed the compound into an Iranian enclave in every sense. It is secured with Iranian mobile Bavar-373 anti-air batteries which have an operational range of 200km. Hizballah forces are entrusted with the task of securing the new headquarters and its approach routes.

Our sources stress that an Iranian military redeployment on this scale could not have taken place with the Russian nod. They also reveal that the purpose of the unannounced visit to Syria last week by the new IRGC commander Brig. Gen. Esmail Ghaani was to oversee the move. Although this was his first trip to Syria since the assassination of his predecessor Qassem Soleimani, Ghaani was not received in Damascus or by any Syrian dignitary. His sole destination was Aleppo, clearly to supervise the installation of the important new command center whose facilities are to operate under his authority.

Hizballah’s key role in the transfer is an integral component of the Lebanese Shiite organization’s boosted redeployment in Syria and Lebanon, Damascus has handed over full control of a 20-km deep area along its western border with Lebanon to Hizballah forces, excepting only the Allawi regions of the north.

And in the east, iran and Hizballah won another major asset for strengthening their grip on Syria from the evacuation this week of US forces from their Al Qaim base in western Iraq near the crossing into Syria. US CENTCOM has decided to abandon  its small bases in the country and gather in all its troops at the larger facilities for protection against pro-Iranian militia rocket attacks. With the US presence gone from  Al Qaim, the crossing lays open for Iran to push a fresh surge of Iraqi Shiite militias into Syria undisturbed.
In a cruelly ironic sidebar to the new, unopposed ramping up of the Iranian and pro-Iranian military presence into Syria, Damascus this week banned the entry of “foreigners arriving from many countries hit by coronavirus.” Iran and its soaring pandemic clearly do not count as such. The Assad regime denies any confirmed infections in the country at all, while nonetheless widening measures to combat its spread by closing schools, parks, restaurants and public institutions. Hospitals and medical facilities in the embattled province of Idlib meanwhile cry out for help to cope with millions of distressed people, including many refugees.